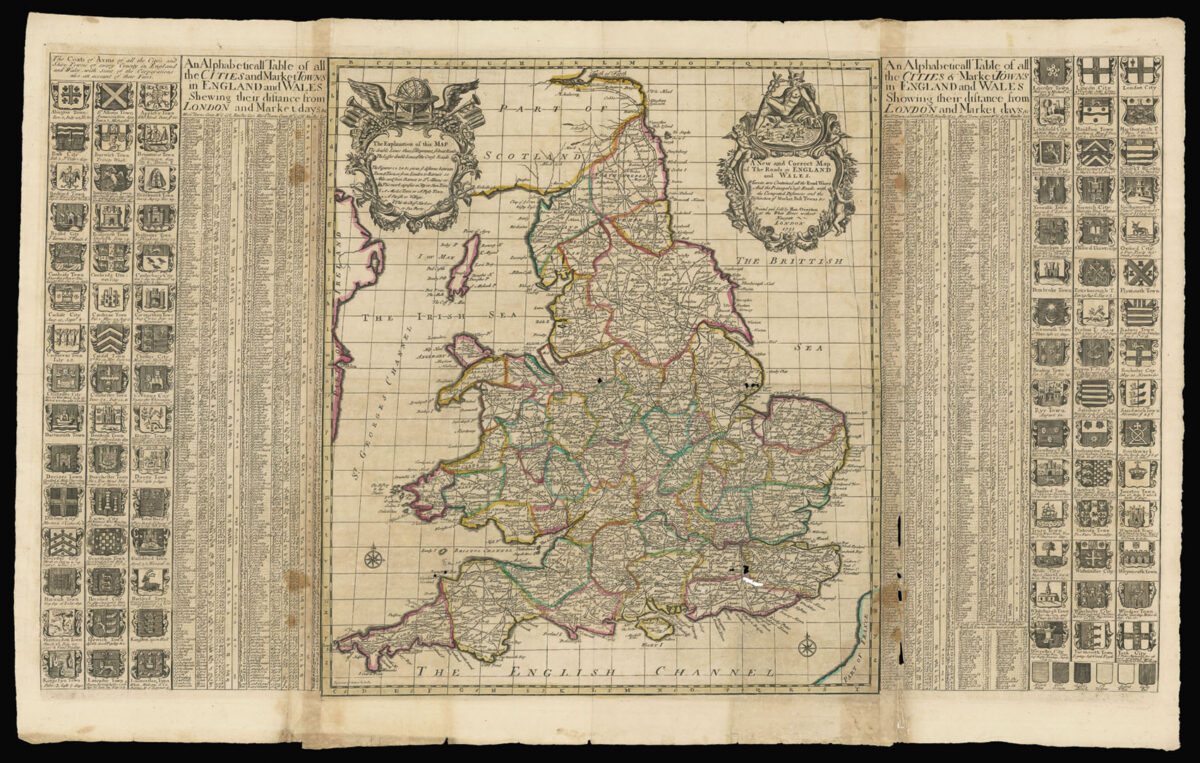 A New and Correct Map of the Roads in England and Wales Wherein are Contained all the Road Waies And the Principal Cross Roads with the Computed Distances and the Distinction of Market Post Towns &c.

Rare map of the England and Wales.

​“The map is dated 1731 but as the engraver, Sutton Nicholls, was not active after 1713 (although he did not die until between 1721 and 1731) the map was probably — although not conclusively — engraved earlier and only reissued as a later state in 1731.

Nicholls has copied, without acknowledgement, Morden and Paske’s similar map of c.1690. The main roads are shown by broad double-lines and the lesser roads by fine double lines. Mileages are marked and the principal harbours are designated by small anchors. The two cartouches are also similar to the earlier map, although on the left, the William and Mary coat of arms, now obsolete, has been replaced by a globe, and on the right by a figure of Mercury. A graticule of lines of latitude and longitude is placed along the central map, not present in the Morden-Paske original”. (Shirley)

Flanking the map is a table of English and Welsh towns showing their distance from London, and market days; together with 90 coats of arms of the shires and towns.