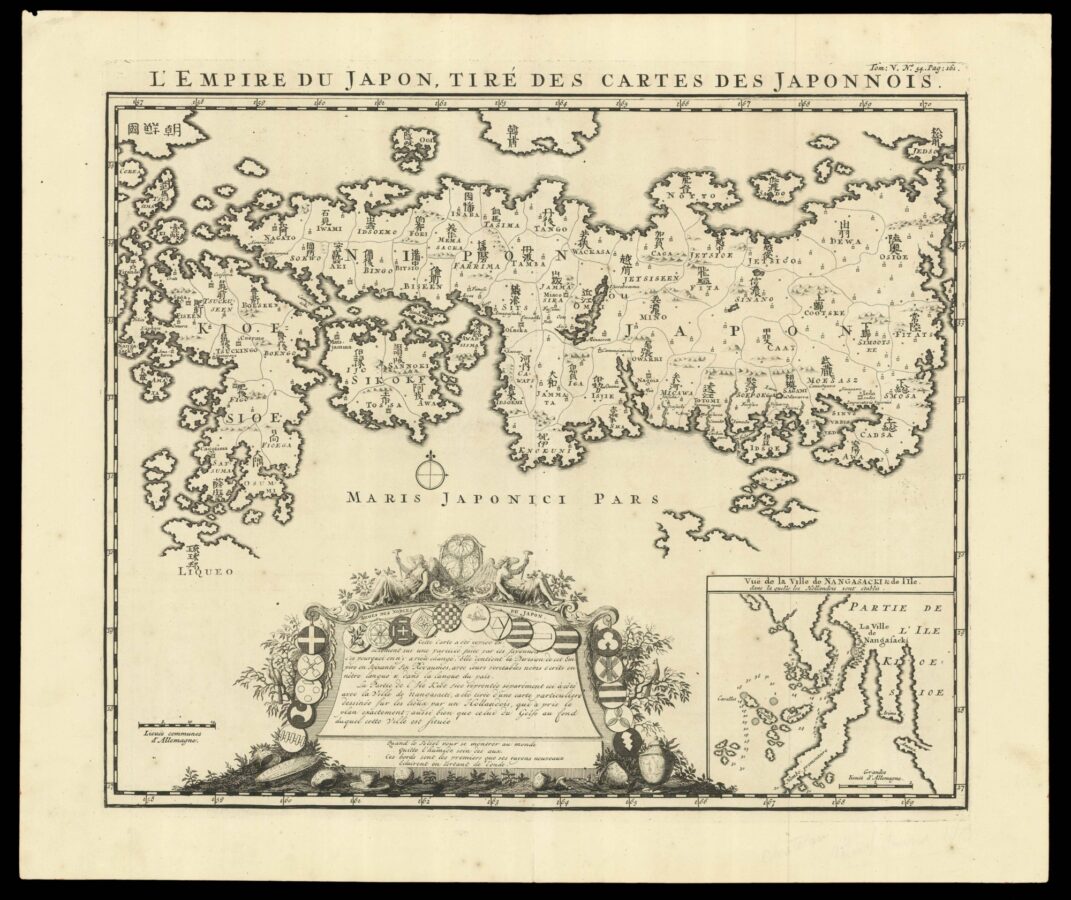 Henri Chatelain’s edition of Adrien Reland’s important map of Japan 1715, including the place-names in phonetic Dutch.

Reland’s map of Japan represents a radical departure from prior European maps of Japan, and is the first map printed in Japan to use Sino-Japanese characters. Instead of using the existing European geographical sources of Japan, Reland utilized Japanese maps, most notably a map from the library of Benjamin Dutry (1668–1751), a former director of the Dutch VOC. This was a tremendous leap forward in the geographical depiction of Japan, such as in the treatment of Kyushu Island and in naming the 66 provinces. Large inset of the area around Nagasaki and an ornate dedication cartouche, with about twenty coats of arms.

Zacharie Châtelain (d1723) was the father of Henri Abraham (1684–1743) and Zacharie Junior (1690–1754). They worked as a partnership publishing the ​‘Atlas…’ under several different Châtelain imprints, depending on the Châtelain family partnerships at the time of publication.

The atlas was published in seven volumes between 1705 and 1720, with a second edition appearing in 1732. The maps were accompanied by information pertaining to cosmography, geography, history, chronology, genealogy, topography, heraldry, and costume of the world. The maps in the ​“Atlas Historique” were mainly based on those of the French cartographer, Guillaume De L’Isle, but were presented by the Châtelains in an encyclopaedia form. The accompanying text is in French and often is printed in two columns on the page with maps and other illustrations interspersed. Each map and table is numbered consecutively within its volume and all maps bear the privileges of the States of Holland and West-Friesland.