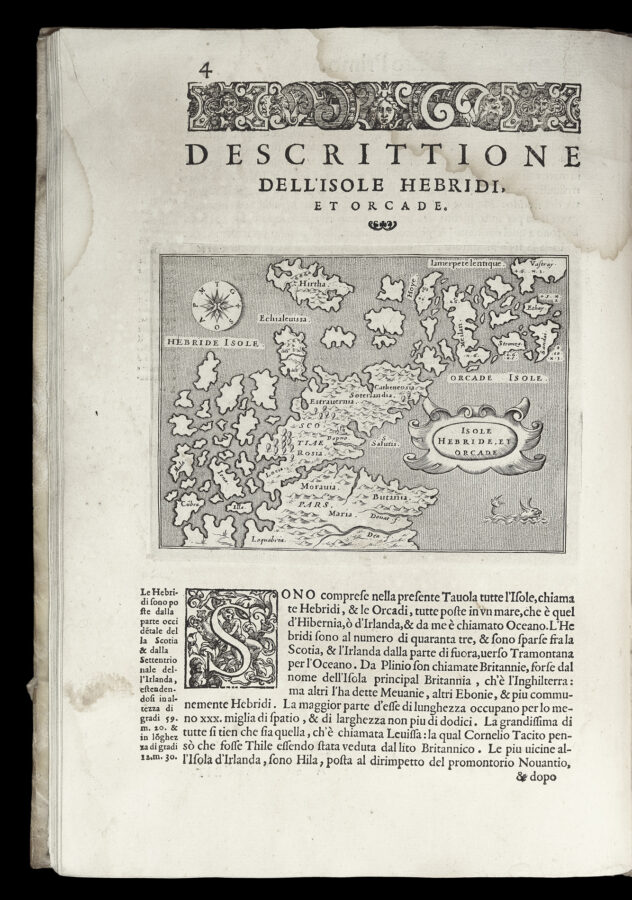 A detailed map of the Hebrides and Orkney Islands of the coast of Scotland.