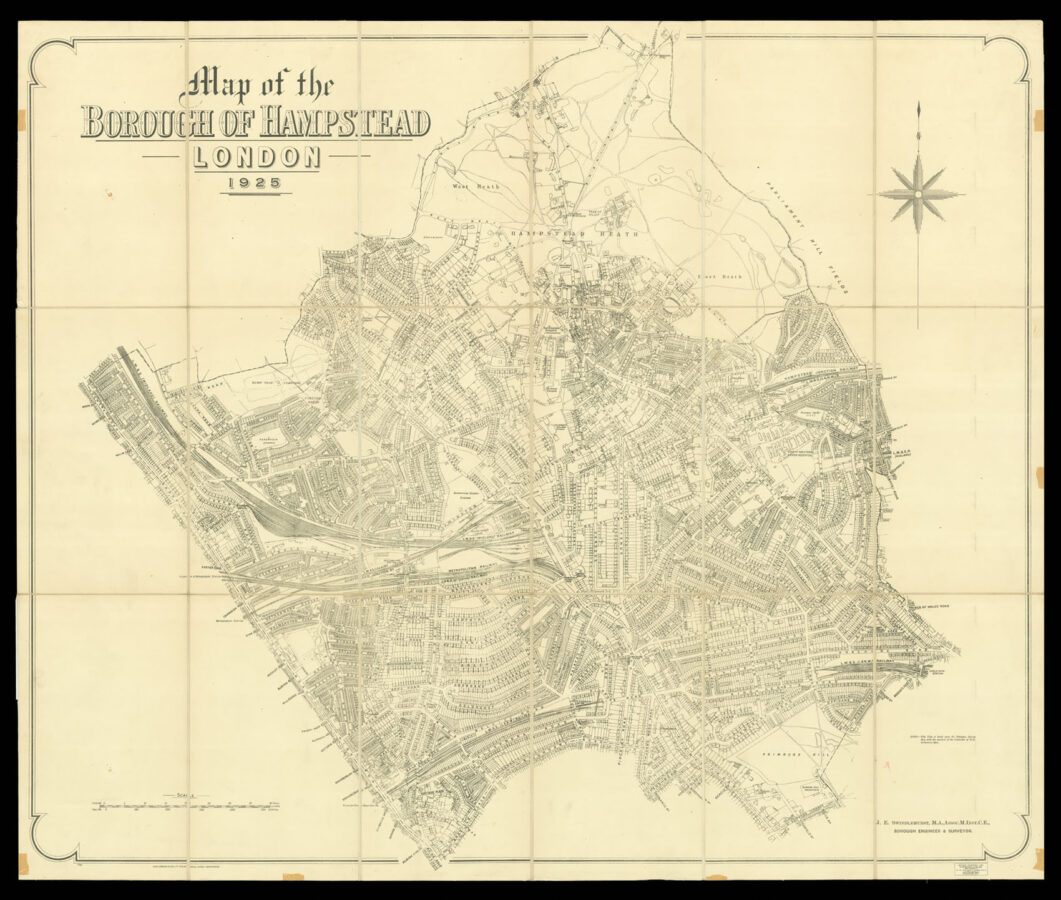 Map of the Borough of Hampstead

The plan shows the Borough of Hampstead, and gives a good view of the heath including the bathing ponds; the ladies pond opened in the year the map was made, 1925.

The population of Hampstead doubled in size between 1871 and 1891. The expansion of the London railways, especially the North London Line in 1860, made it more accessible from the City, attracting both residents and visitors. As a result of this migration, the area underwent substantial redevelopment. During the 1880s Fitzjohns Avenue was connected to Hampstead High Street, creating a new transport nexus; the slums in central Hampstead were cleared; and the area gained two important hospitals — the Mount Vernon TB and the Hampstead General. In 1889 Hampstead became part of Greater London and in 1900 it became a metropolitan borough, gaining its first council and mayor. The area attracted literary and political figures, and by 1925 it was a highly fashionable suburb. Oscar Wilde’s lover, Lord Alfred ​‘Bosie’ Douglas lived there, as did the writers H.G. Wells and Katherine Mansfield, the critic Roger Fry and the actor Sir Gerald du Maurier (father of Daphne). 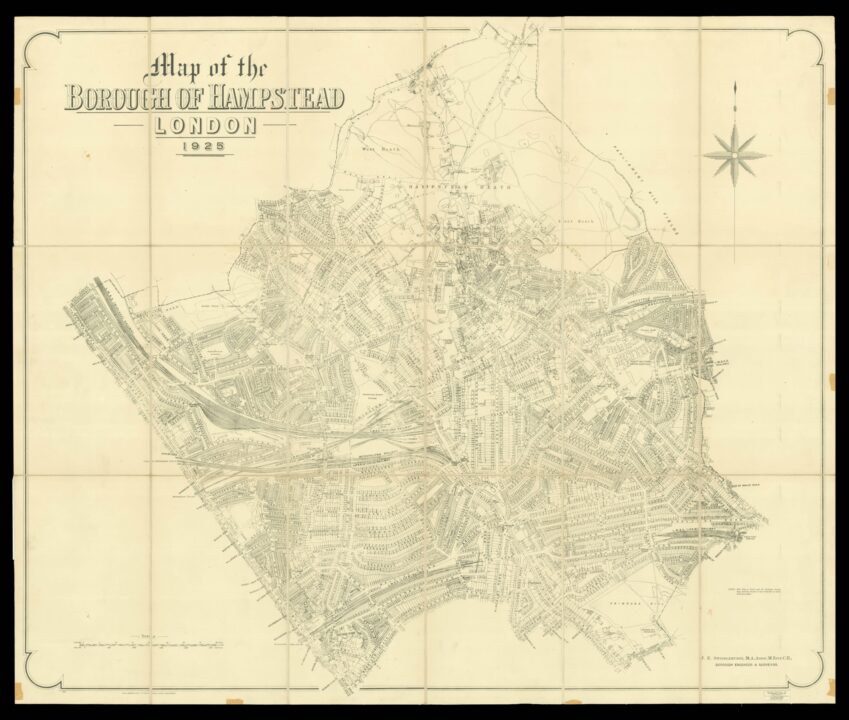