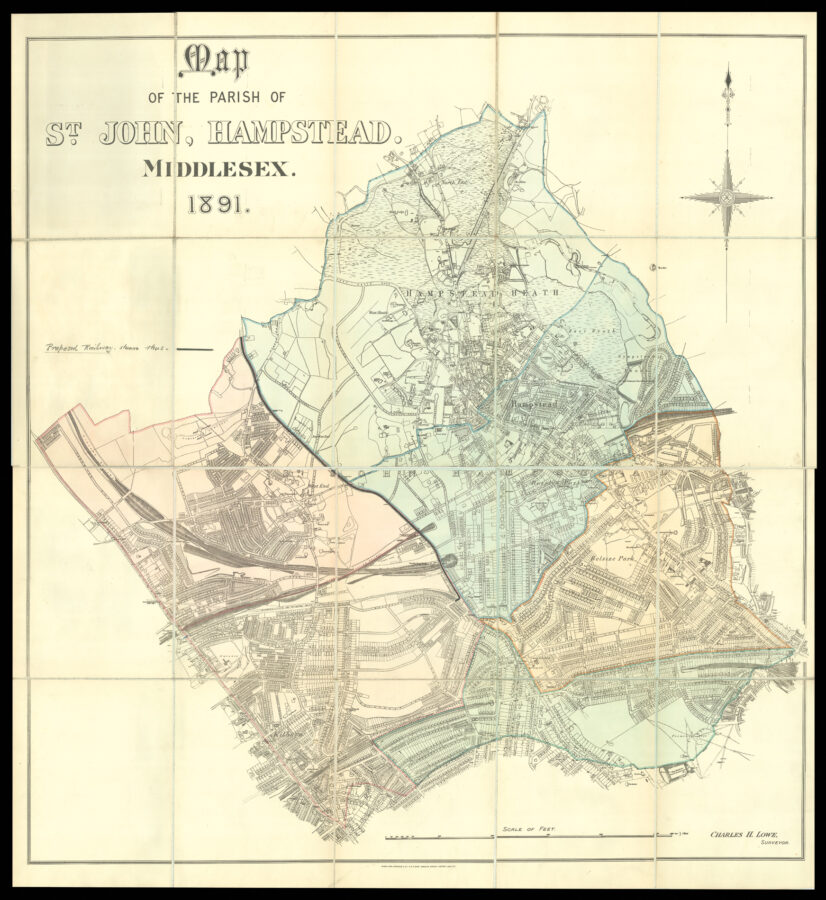 Map of the Parish of St. John, Hampstead.

Hampstead, with the wards shaded in different colours. The map carries a manuscript addition showing a ​“Proposed Railway”. This refers to a private bill brought before Parliament in 1891 for the construction of the Hampstead, St Pancras and Charing Cross Railway, which would run underground form Hampstead to the Strand. This was one of several underground railway projects initiated in London following the success of the City and South London Railway, and it took over a decade for the HStP&CCR to raise adequate funding, decide upon a route, and answer allegations that the tunnels needed for the railway would disrupt the ecosystem of the heath. The route shown here appears to be from the early stages of the proposal, showing only the line from Hampstead to Chalk Farm.

The population of Hampstead doubled in size between 1871 and 1891. The expansion of the London railways, especially the North London Line in 1860, made it more accessible from the City, attracting both residents and visitors. As a result of this migration, the area underwent substantial redevelopment. During the 1880s Fitzjohns Avenue was connected to Hampstead High Street, creating a new transport nexus; the slums in central Hampstead were cleared; and the area gained two important hospitals — the Mount Vernon TB and the Hampstead General. In 1889 Hampstead became part of Greater London. Charles H. Lowe was the Borough Surveyor for Hampstead. 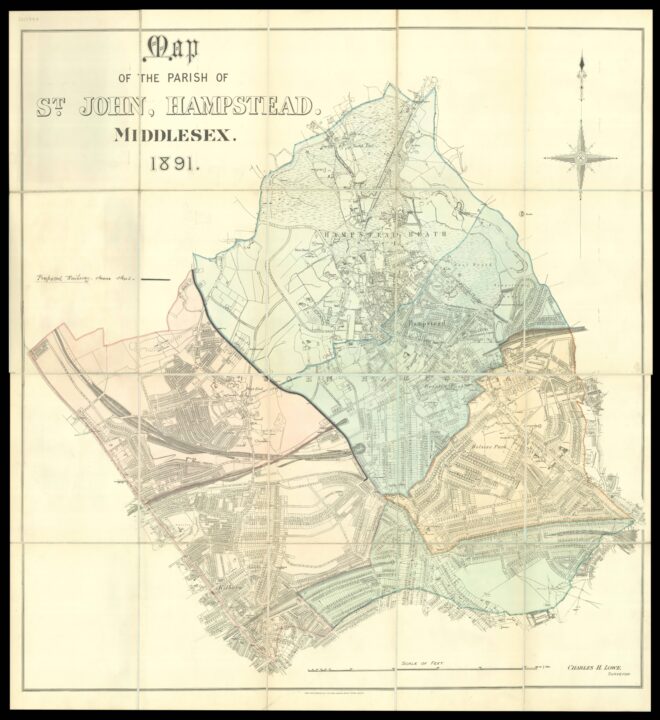