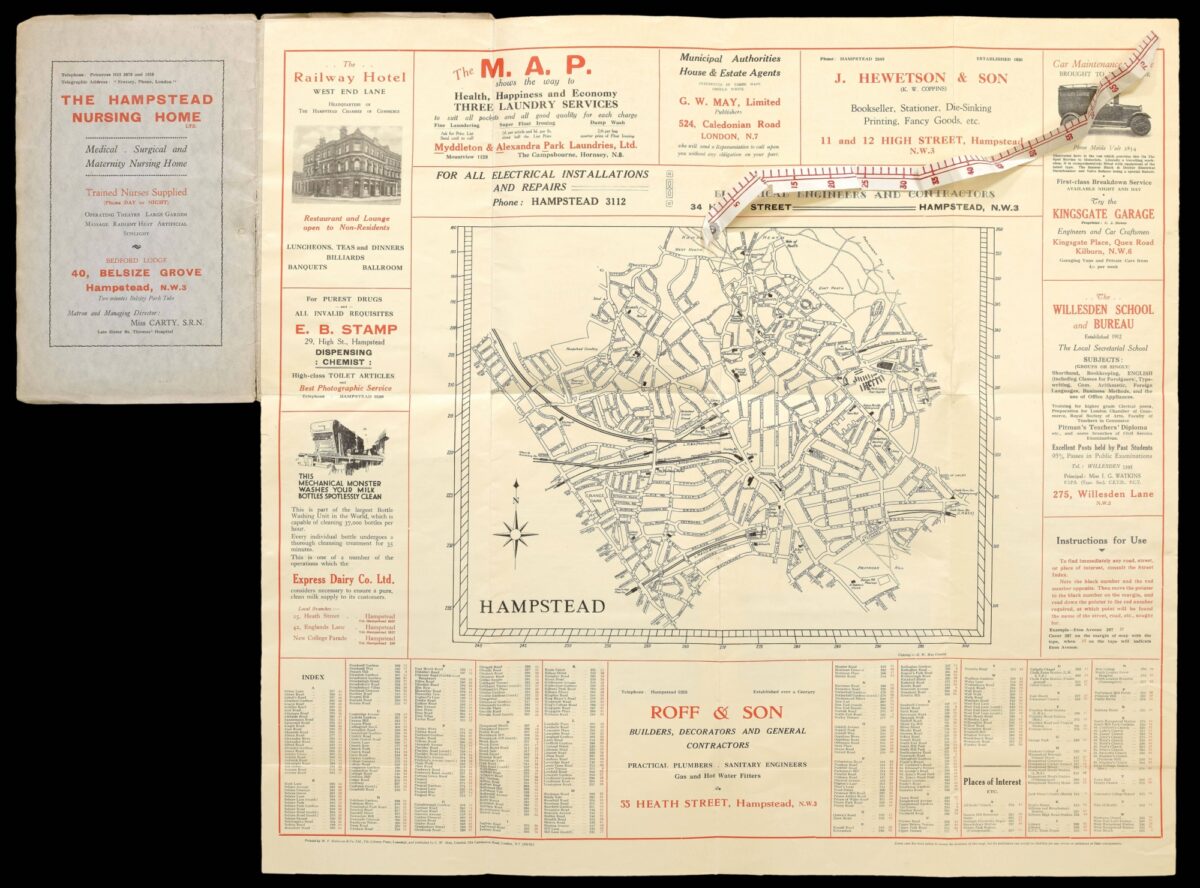 A detailed and large-scale map of the London borough of Hampstead, bordered by advertisements for local businesses, including a publisher (J. Hewetson) who produced a guide to the borough in 1920. Although the map itself is not dated, the local information on the reverse indicates that Kenwood Palace, one of the homes of the Earls of Mansfield, had ​“recently” been left to the public by its final owner Lord Iveagh, placing it around 1927. This is confirmed by the presence of Finchley Road Railway Station on the Midland Railway, which was closed in 1927.

This map is of particular interest for the presence of defunct railway lines, including the London and North Eastern Railway, which was nationalised in 1948; West Hampstead Station shows the former extent of the Metropolitan Railway before the advent of the Jubilee Line. It also shows the activity in the area: Hackney College moved to the Finchley Road in 1887, and University College School moved to Frognal in 1907. It also shows what is now part of the Royal Free Hospital in its original form as the North London Fever Hospital before the creation of the NHS in 1948. The publishers, G. W. May Ltd., appear to have produced it in conjunction with the Hackney Chamber of Commerce to support local business.

Rare: Not in BL, two copies at Pennsylvania State and Library of Congress.

With the ink stamp of the Abbey Stores, grocers on West End Lane in Hampstead 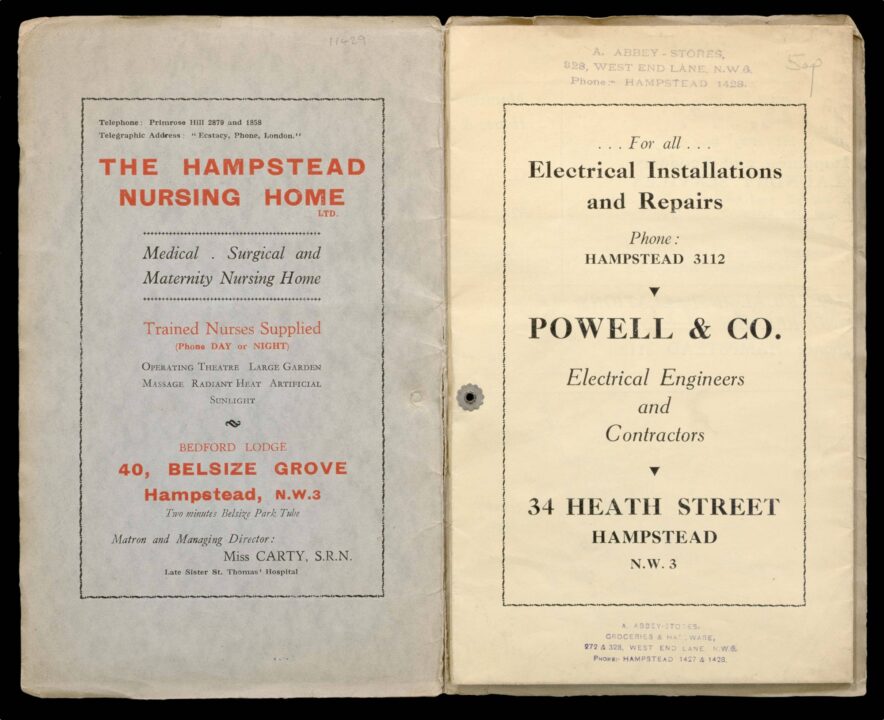