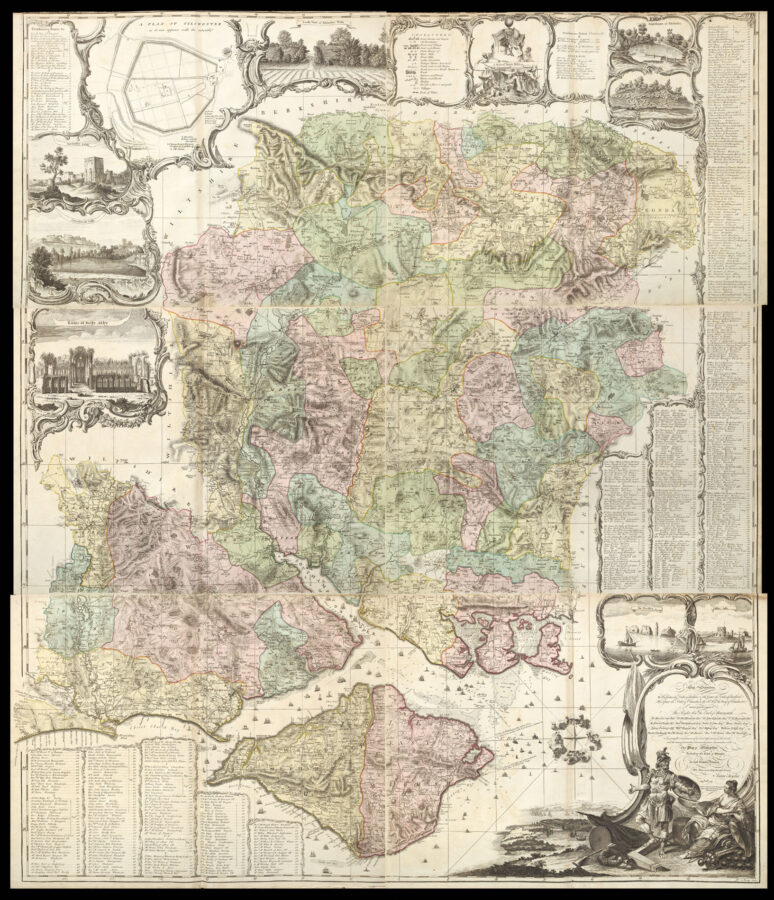 [Map of Hampshire and the Isle of Wight]

Isaac Taylor was born in Worcester in 1730 and earned an early reputation as a surveyor of both county maps and city plans. His style was easily recognisable and gave particular emphasis to the hills on his county maps. It is surprising that Taylor, like Rocque and Jefferys, was not successful in gaining the approval of the Society of Arts who appeared to favour the amateur surveyors rather than the professional mapmakers, Nearly all the awards went to applicants who produced just one or two maps rather than men like Taylor and Jefferys who between them published fifteen fine large-scale map, accurately surveyed and well engraved and in some instances more competent than most of those that were recognised by the Society.

Engraved and presented in a manner typical of Taylor’s large-scale surveys, there is the usual large dedicatory title cartouche, on this occasion reflecting the naval and military influence of Portsmouth on the county. The map shows considerable detail including towns and villages, seats and houses, parish churches and chapels, demolished castles and old foundations, Bishop’s palaces, hills and woods, barrows and tumuli, commons and heaths, water mills and wind mills, rivers, brooks and bridges, and roads, both open and closed. The map also shows how far a river is navigable.

Apart from dedicating the map to the Dukes of Balton, Bedford and Chandos and the Earl of Winchester, Taylor acknowledges the assistance of a further 17 gentlemen of the county not all of whom are listed as subsribers. Therre are large topographical views of Calshot Castle, The Needles, Ruins of Netly Abbey, Carrsbrook Castle, Porchester Castle, south view of Silchester Walls, Amphitheatre at Silchester, and a plan of Silchester. The remaining space around the map is completely filled with a list of the 581 subsribers, who between them account for just over 600 copies, althought this does not necessarily reflect the number of copies printed. This is remarkably high for a large-scale survey; even so Rodger records only six institutional examples. Although Isaac Taylor produced fine plans of Oxford and Wolverhampton in 1751 he is best remembered for his five county surveys published between 1754 and 1777; Herefordshire in 1754, Hampshire in 1759, Dorset in 1765, Worcestershire in 1772, and Gloucestershire in 1777. All were republished by William Faden before 1800 with the exception of Hampshire for which there was just this edition.

Taylor did not produce a key map of his survey, however, the present map is bound in with Thomas Kitchin’s map of Hampshire, taken from his ​‘Large English Atlas,’ the map bearing grid lines with each marked with a number in manuscript for ease of reference. 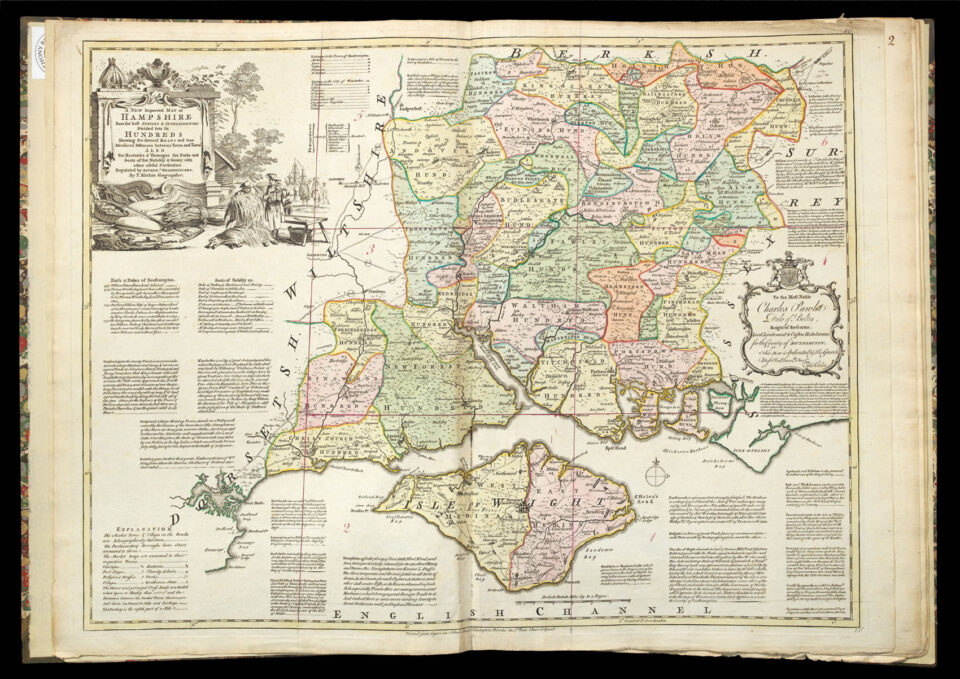 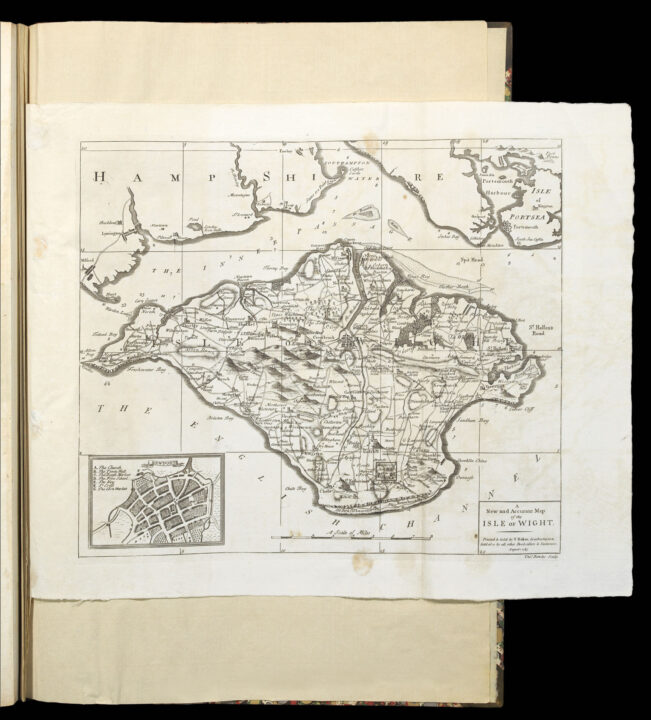 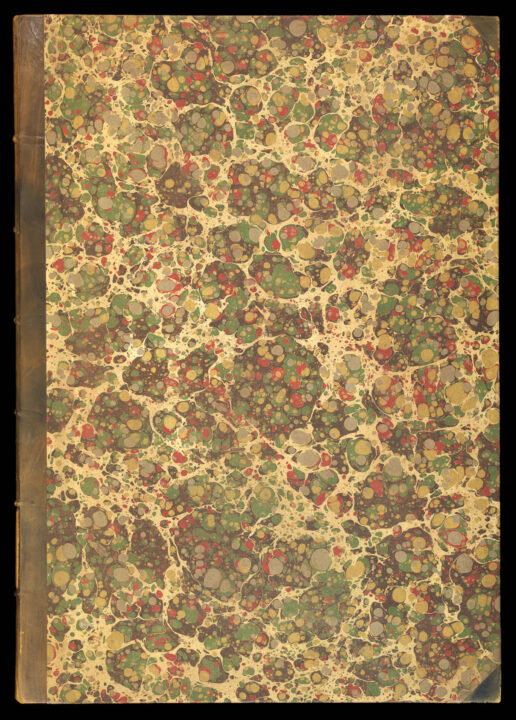