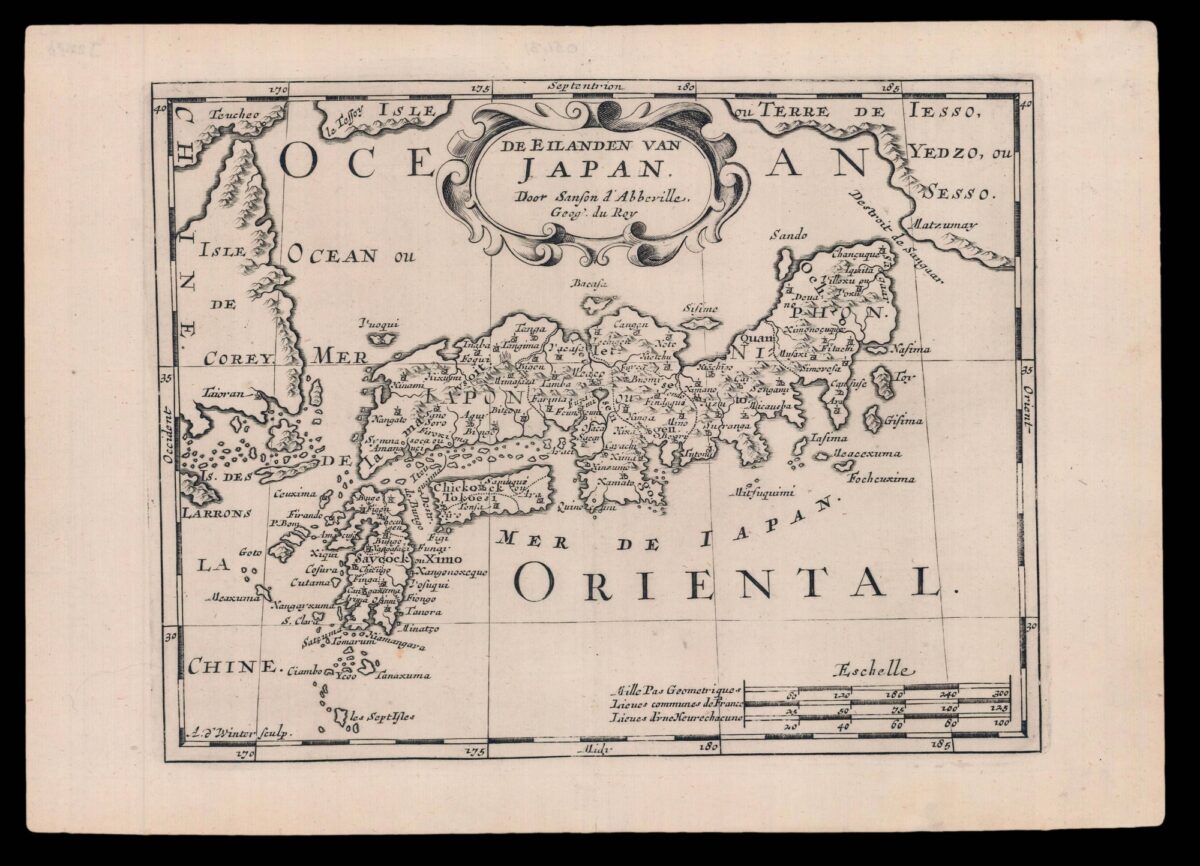 By SANSON D’ABBEVILLE, Nicolas (I) and HALMA, Francois, 1705

Third state of the plate, first published in Halma’s pirated edition of Sanson’s ​‘L’Asie en plvsiers cartes nouvelles, et exactes;…’, as part of ​‘L’Europe; L’Asie; L’Amerique… en Pluiers Cartes’, 1683. A direct copy of Sanson’s map of 1652, the only differences being the lack of a privilege and a date in the cartouche, the addition of the signature of the engraver, Antoine de Winter in the lower left corner. This issue was published in Halma’s Dutch edition, ​‘Algemeene Wereldbeschryving…’ in 1705 and is distinguished by the change of the title from French into Dutch.

Sanson family members were revered among the foremost map makers in France for nearly a century. A leading exemplar of the French school of seventeenth-century cartography, Nicholas Sanson I is widely regarded as the founder of modern geography, and it is generally held that the so­ called ​“Great Age” of French cartography originated with his publications.