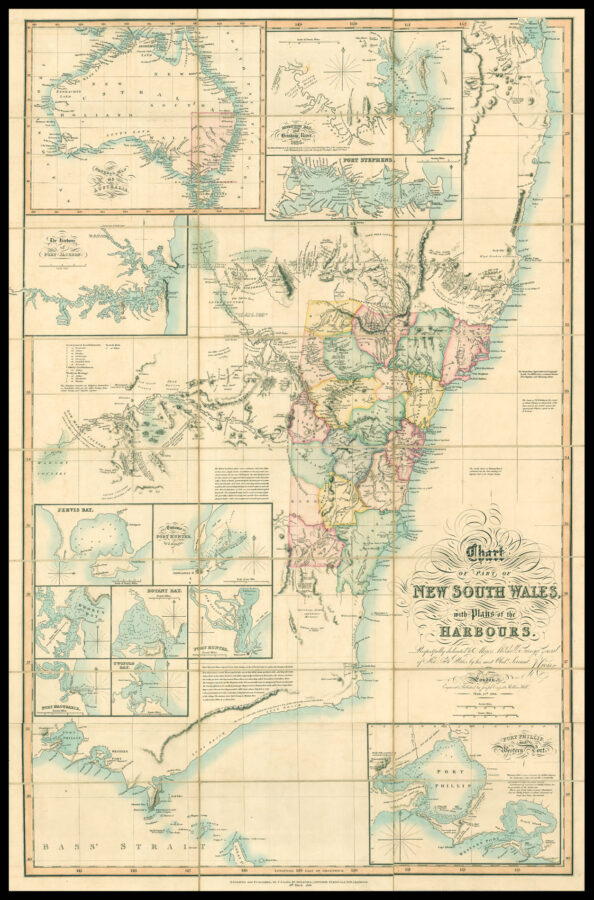 New South Wales was the site of the first British settlement in Australia. It started life in 1788 as a convict colony, but immigration rocketed in the early nineteenth century after early settlers found that the land was perfect for cultivating meat and wool, and after the British government’s decision in 1831 to sell crown land in the colonies instead of granting it to convicts. By the 1830s the main exports were wool, fish oil, and whale products. Text at the right hand side records that ​“The Coast of N.S. Wales is the resort of Black Whales, at all periods of the Year, and in the winter season the Spermiceti Whales repair to the N.E. Coast.“

The annotations on the map reflect the gradual progress of the exploration of the Australian interior. The note near Botany Bay records that it is ​“celebrated for the first landing of Captain Cook and Sir Joseph Banks” in 1770. 60 years later, when this map was published, huge swathes of the interior remained unknown. An inscription on the south coast records the expedition of Alexander Hamilton Hume and William Hovell, who aimed to find new grazing grounds and follow the paths of westward flowing rivers to see where they finished. The Australian Hume and Englishman Hovell were at odds with each other from the beginning, racing each other to each new landmark and quarrelling over who should name them. Their animosity came to a head when they disagreed on which direction to take, resulting in the split of the expedition. While dividing up the supplies, which even included cutting their single tent in two, Hume and Hovell ended up tussling over a frying pan: each left with half (Bonwick). After their return some glorious mudslinging ensued in the Australian press, with Hovell accusing Hume of ​“paltry vanity” and ​“morbid egotism” (Hovell).

The Brisbane River, shown in the inset map at the upper edge, had only been discovered nine years before, and named after the Commissioner at the time, Sir Thomas Brisbane. The map also records the lands held by the Australian Agricultural Company, formed in 1824, the largest business of its kind. The shareholders were granted one million acres of land in New South Wales on which to raise sheep and cattle, and were wildly successful. The Company was headed at the time by the polar explorer Sir William Parry.

It is dedicated to Sir Thomas Mitchell, who became Surveyor- General of New South Wales in 1828, holding the position until his death. Mitchell’s long career included four expeditions into Australia’s interior to map uncharted territory, which earned him a knighthood in 1838. He was also the last man in Australia to challenge anyone to a duel. His opponent was Stuart Donaldson, who had refused to retract a public criticism of the expenditure of Mitchell’s government department. Three shots were exchanged without injury (although one went through Donaldson’s hat) and Donaldson went on to become the Premier of New South Wales.

We have only been able to trace two institutional examples of this edition, in the University of Cambridge Library and the National Library of Australia. 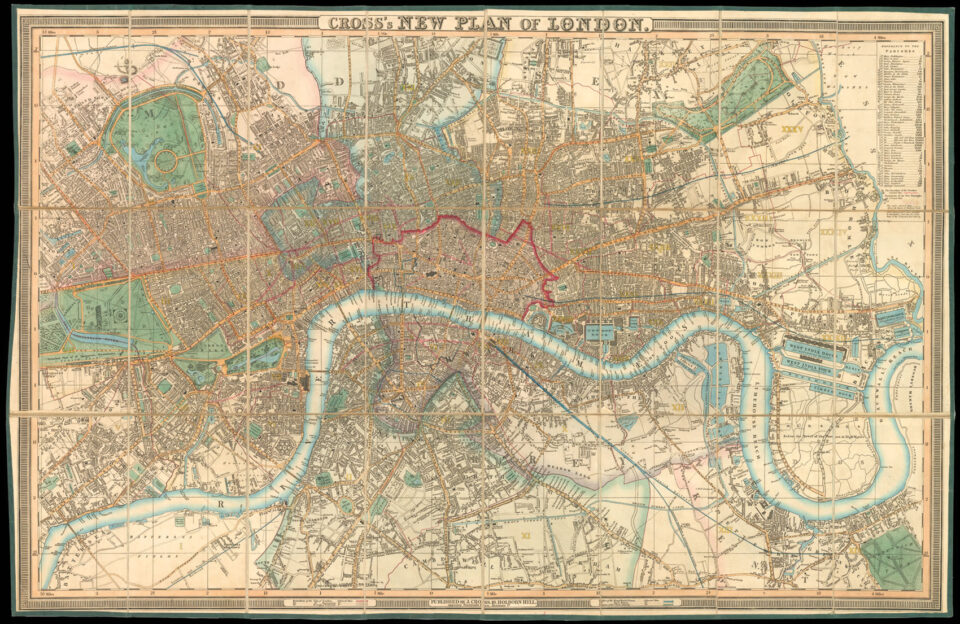