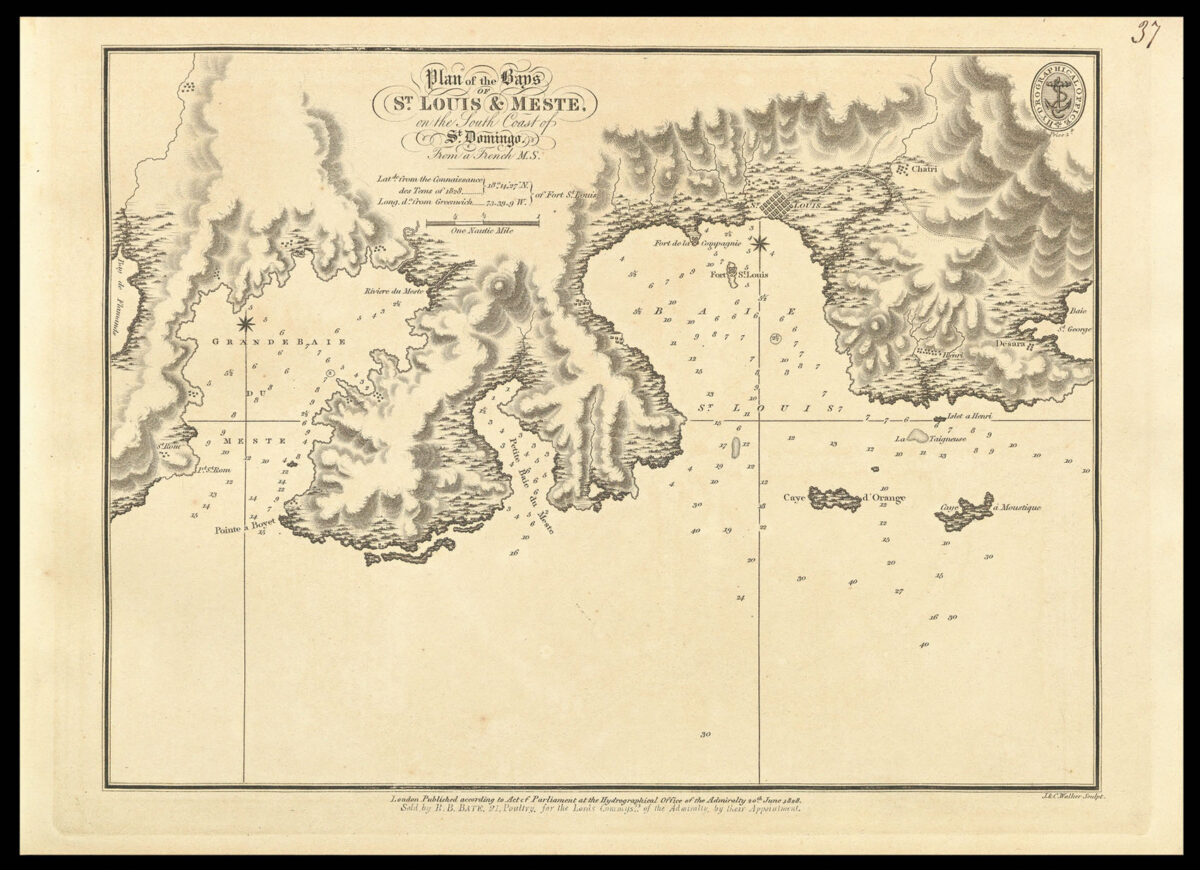 Plan of the Bays of St Louis & Meste, on the South Coast of St Domingo From a French MS.

Rare Admiralty chart of St Louie Bay and Mesle Bay on the south coast of Haiti.

The title states that the chart was taken from a French manuscript.