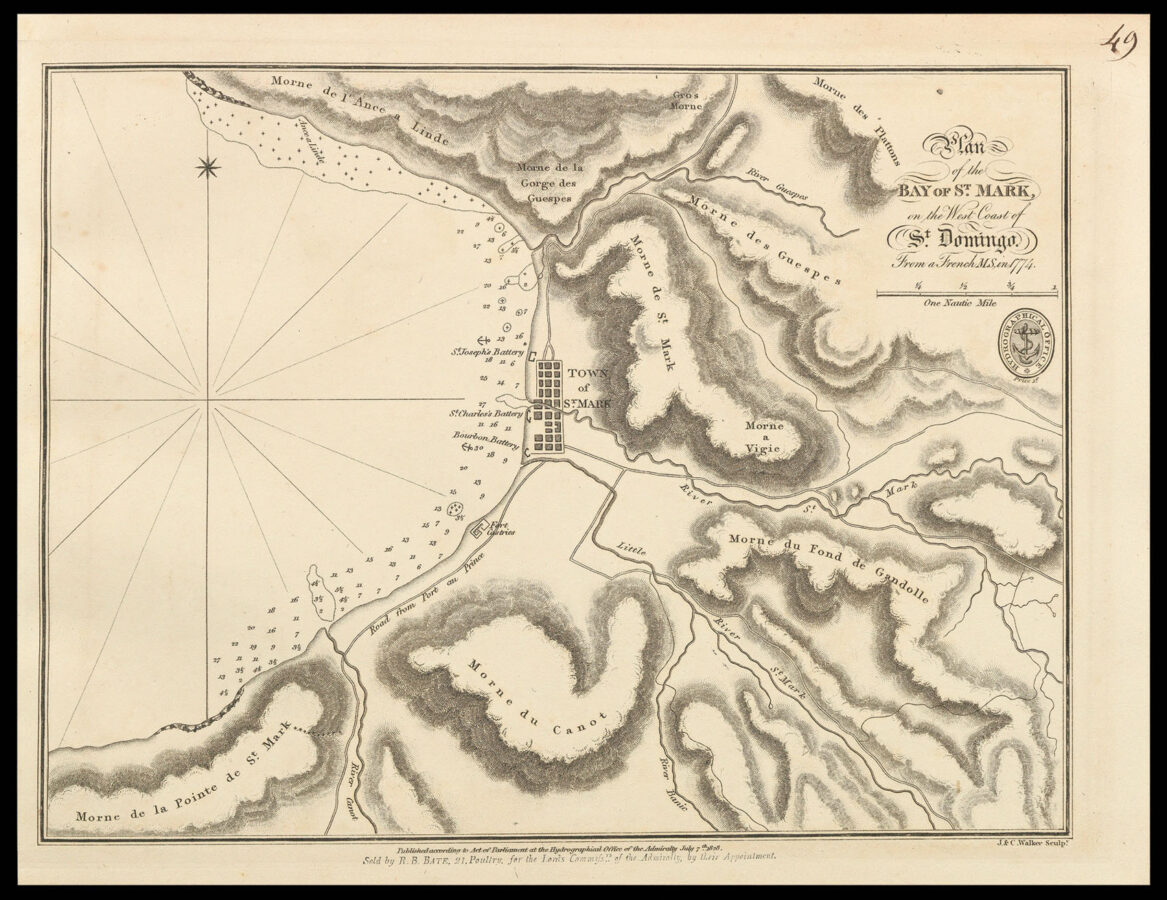 Plan of the Bay of St Mark on the West Coast of St Domingo From a French MS in 1774.