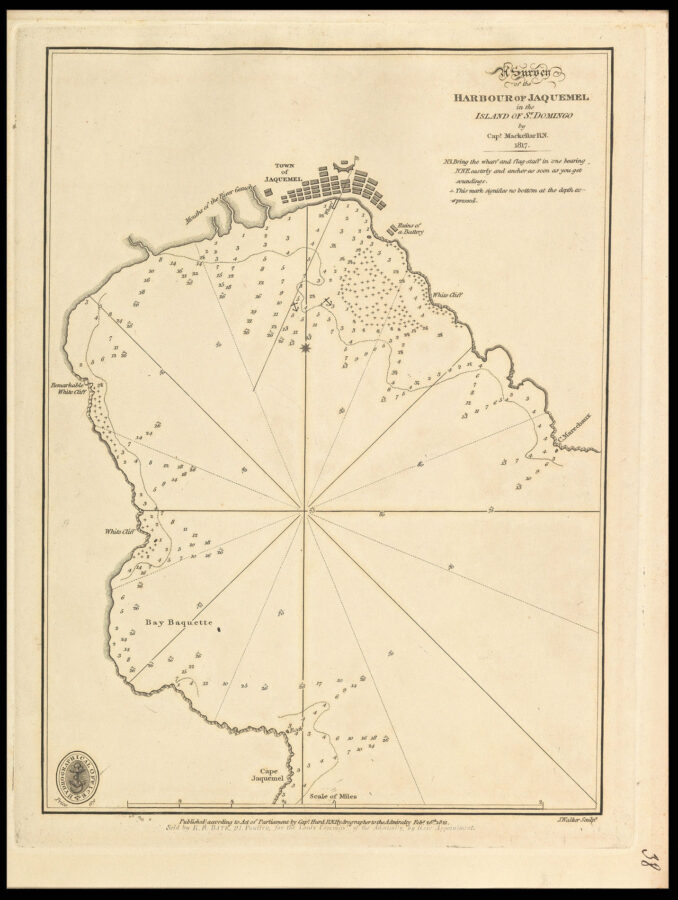 Haiti — Port and Bay of Jacmel

A Survey of the Harbour of Jacquemel in the Island of St Domingo By Capt. Mackellar R.N. 1817.

The survey was carried out by Captain Mackeller of the Royal Navy.