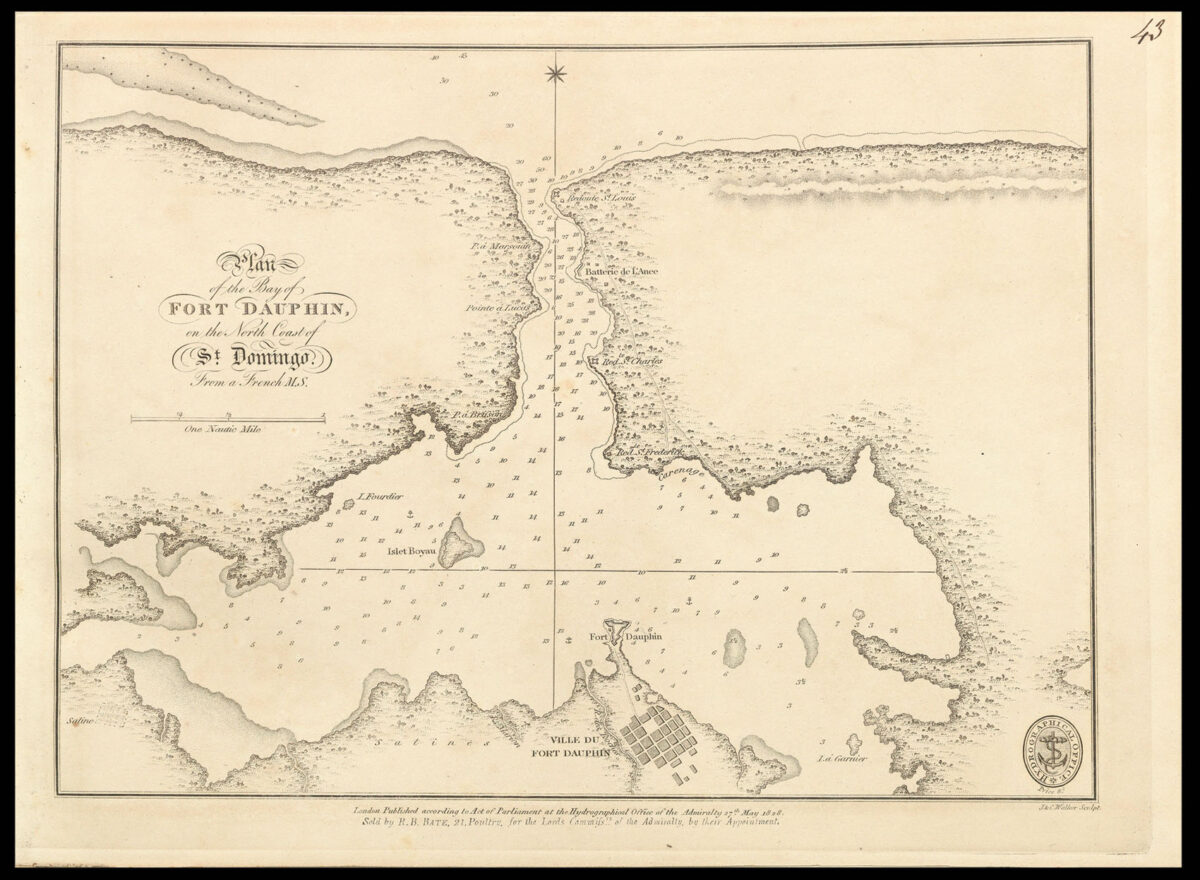 Plan of the Bay of Port Dauphin, on the North Coast of St Domingo From a French MS