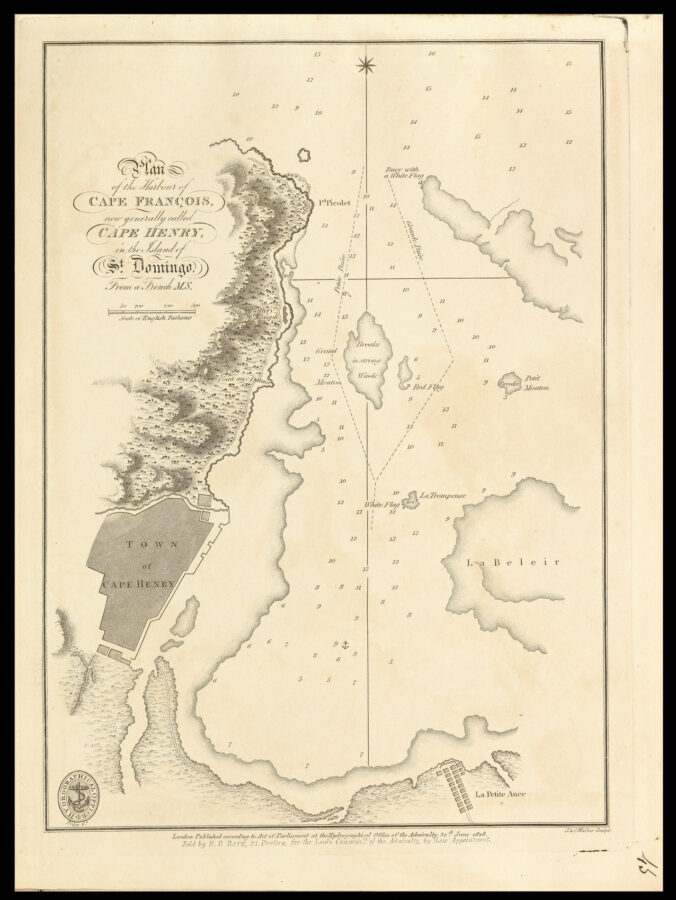 Plan of the Harbour of Cape Francois, now generally called Cape Henry, in the Island of St Domingo From a French MS