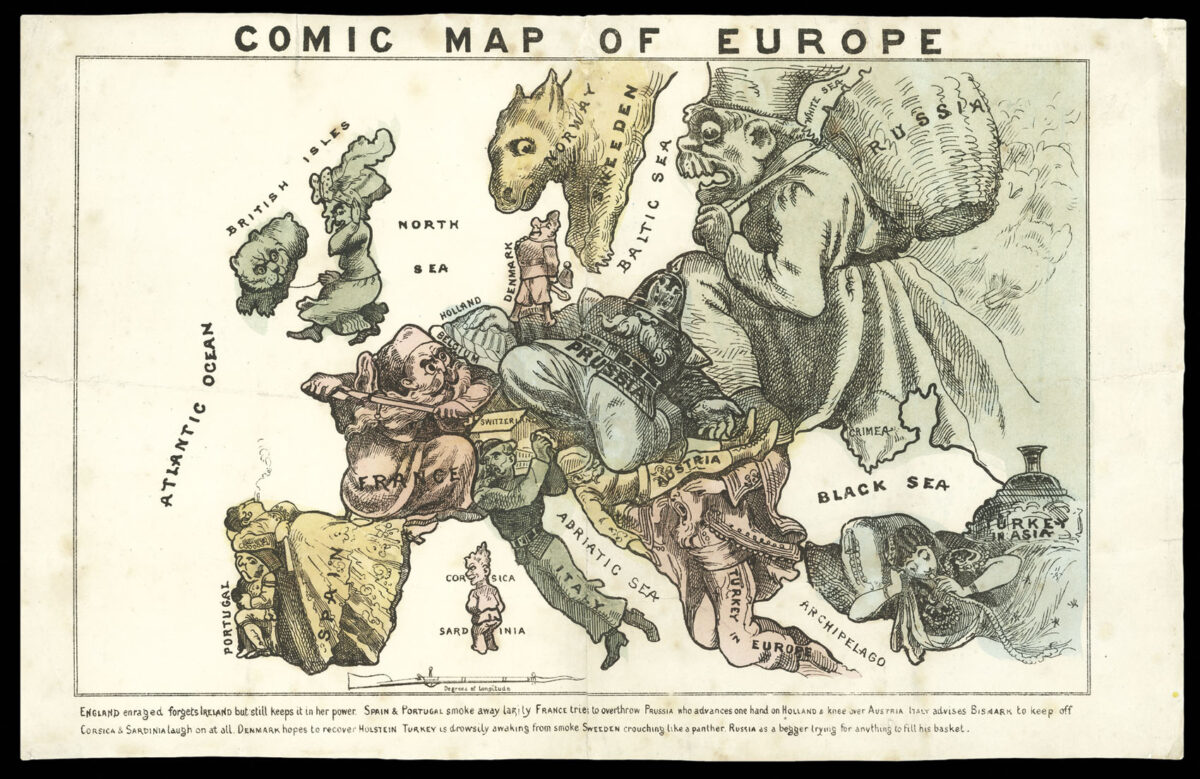 Hadol’s satirical map of Europe of 1870

The map shows the countries of Europe in caricature and alludes to the tensions that were the cause of the Franco-Prussian War of July 1870. In the center, an over weight and clumsy Prussia meddles with its suspicious neighbours. England is depicted as an old woman, who seems annoyed by the noise coming from the continent, but still keeps her dog, Ireland on a short leash. Spain and Turkey are portrayed as disinterested women on the fringes relaxing with a cigarette and a hookah respectively. Corsica and Sardinia is an impish figure mooning the viewer. France crouches ready to draw his sword against any Prussia move. Russia is portrayed as a poor beggar, eagerly waiting to pick up any scraps that might come his way. The only country not personified is Switzerland depicted upon the map as a chalet. It is unclear why she appears this way, however, a lack of personality might the reason. A rifle with a bayonet near the bottom edge is sardonically labeled ​“Degrees of Longitude.” The various tensions and rivalries between the nations are described in the caption:

​“England enraged forgets Ireland but still keeps it in her power. Spain & Portugal smoke away lazily. France tries to overthrow Prussia who advances one hand on Holland & knee over Austria. Italy advises Bismark to keep off. Corsica and Sardinia laugh on at all. Denmark hopes to recover Holstein. Turkey is drowsily awaking from smoke. Sweden crouching like a panther. Russia as a beggar trying for anything to fill his basket.”