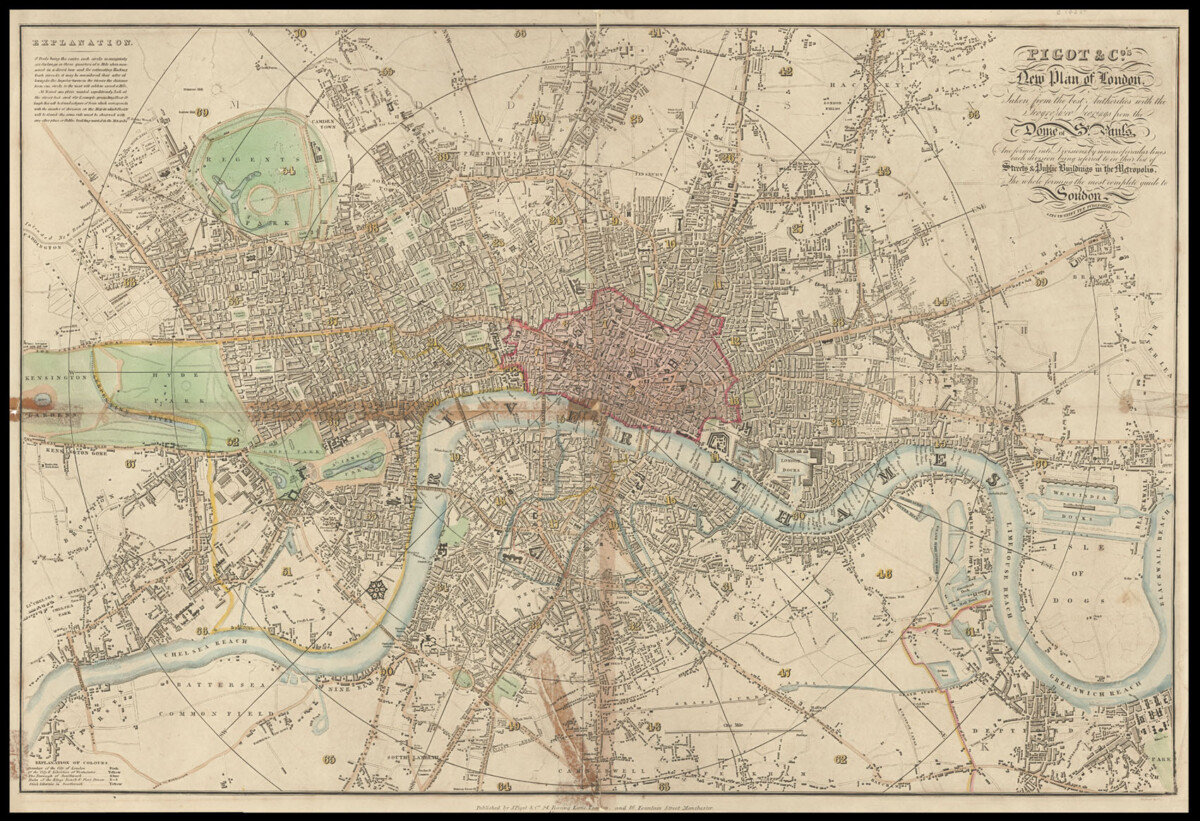 Pigot & Co.‘s New Plan of London Taken from the best Authorities with the Geographical bearings from the Dome of St Pauls And formed into Divisions by means of circular lines each division being referred to in their list of Streets & Public Buildings in the Metropolis, The whole forming the most complete guide to London & Its Vicinity Yet Published.

The plan is coloured to show the boundaries of the City of London, the Cities and ​“liberties” of Westminster, Southwark, the ​“rule” of the Kings Bench and Fleet Prison, and the liberties of Southwark. To the upper left of the plan is a detailed explanation: the concentric circles from St Pauls present on the plan are for the calculation of hackney fares, and are said to be no more than one mile apart after ​“allowing for the angular turns in the streets”. Each circle is divided into segments and numbered; the number corresponding to an index of streets and public buildings. The plan shows planned development in Paddington and Bayswater. New developments include Vauxhall Bridge and Millbank Penitentiary; the New London Bridge is shown, but not the approach roads to it and the Thames Tunnel indicated by pecked line.

According to Howgego appears both in Pigot’s ​‘Metropolitan Guide and Book of Reference’, and in Pigot’s ​‘London & Provincial New Commercial Directory for 1824–1825’.