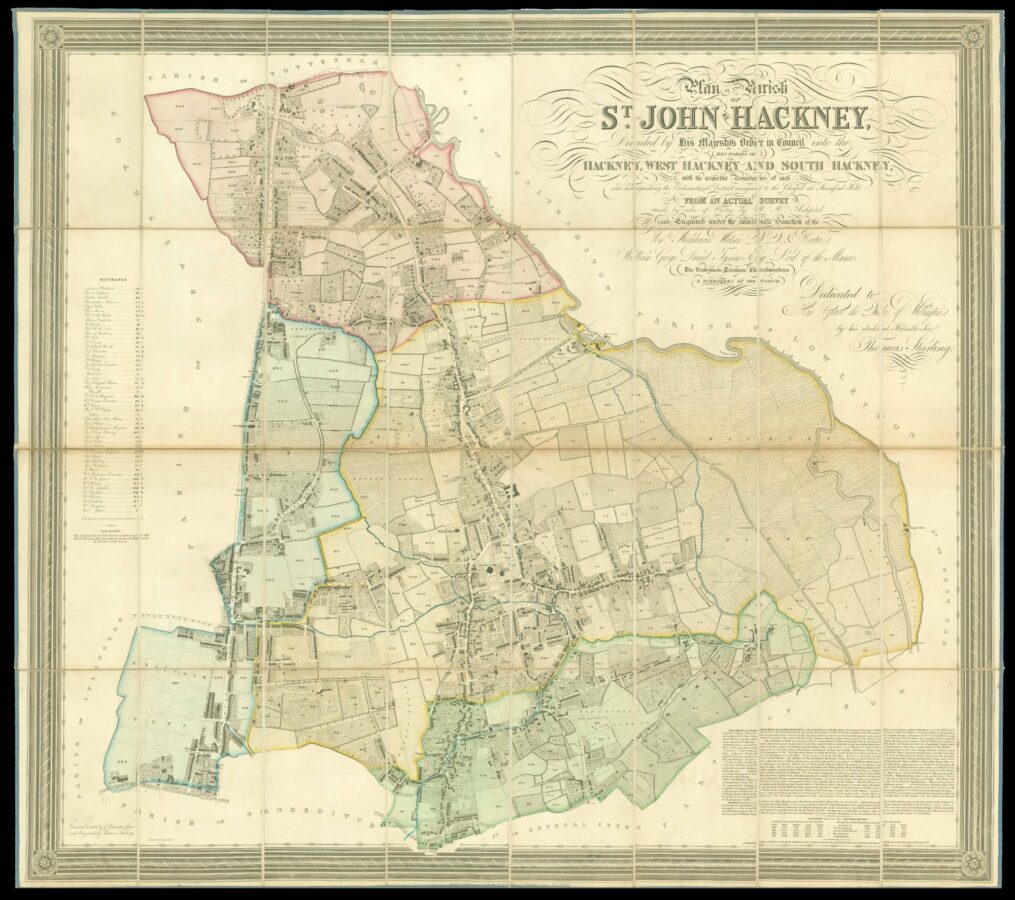 Plan of the Parish of St John at Hackney Divided by His Majesty’s Order in Council into the rectories of Hackney, West Hackney and South Hackney, with the respective boundaries of each and distinguishing the Ecclessiastical District assigned to the Chapel at Stamford Hall, from an Actual Survey

A parish map of Hackney, divided into districts shaded in different colours. Each plot of land is marked with the initials of its owner, with a list of their full names on the left. Some notable people held property in the area, including William Rhodes (WR), the grandfather of Cecil Rhodes, founder of Rhodesia. At the lower right is a text outlining the parish divisions and giving information about schools, places of worship, the history of the manor and the population.

The ornate title explains that the map is based on a survey done on the commission of the officers of the parish and the lord of the manor, William Tyssen. The title lord of the manor denoted the ownership of an estate with certain rights, often covering the same area as a parish. William had married into the Tyssen family and took the name after his father-in-law Captain Amherst died without a male heir. Tyssen and his wife inherited all three parts of the Hackney manor (Lords Hold, Kings Hold and Grumbolds) as her uncles died, and also owned three country estates. It is dedicated to Arthur Wellesley, Duke of Wellington, who had served as Prime Minister from 1828 to 1830, and whose government had broken down just before this map was published after his support for Catholic Emancipation and rejection of the Reform Bill.

Rare: only two examples known, both at the BL.