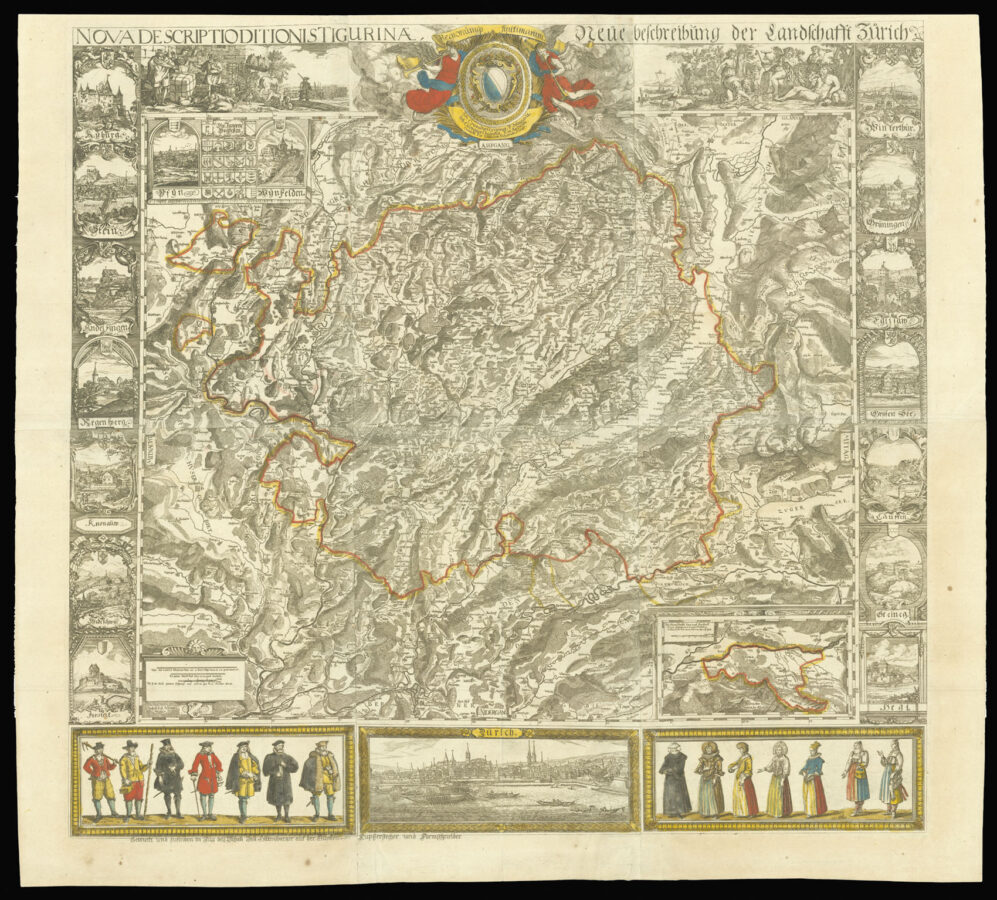 Gyger’s rare map of the Canton of Zurich: ​“the earliest relief map in existence”

Large and detailed map of the Canton of Zurich.
Hans Conrad Gyger (1599–1674) was the leading Swiss cartographer of the seventeenth century. He originally trained under the glass painter and draughtsman Josias Murer (1564–1630). He became interested in cartography, and produced ten military maps of the Zurich countryside between 1644 and 1660. His most important work, which took some 38 years to complete, was a map of the Canton of Zurich upon a scale of 1:32,000. He used improved surveying equipment and graphic triangulation to create a map of unprecedented topographical accuracy.

It was the first time that that relief was ​“deliberately depicted in the plan view”. It was finished in 1667, and is ​“the earliest relief map in existence” (Imhof ). Unfortunately, the map was so advanced, that it was kept a well-guarded secret by the Swiss for much of the next century. The map’s accuracy, however, would not be bettered for 200 years.

The present map was issued by Gyger’s son, Hans Georg, the only one of Gyger’s five sons to follow him into the trade, and is a direct reduction of Gyger’s great work. It was deliberately made on a smaller scale to prevent its use by hostile interests, but Gyger’s groundbreaking use of shading to depict relief is still visible. The top border is broken by Zurich’s coat-of-arms, flanked by two Arcadian scenes. The side borders contain 14 vignette views of towns in the canton, with an inset map of a valley to the lower right. There are a further two town views on either side of a collection of small shields with coats-of-arms. At the lower border is a prospect of Zurich below, flanked by locals in traditional dress.