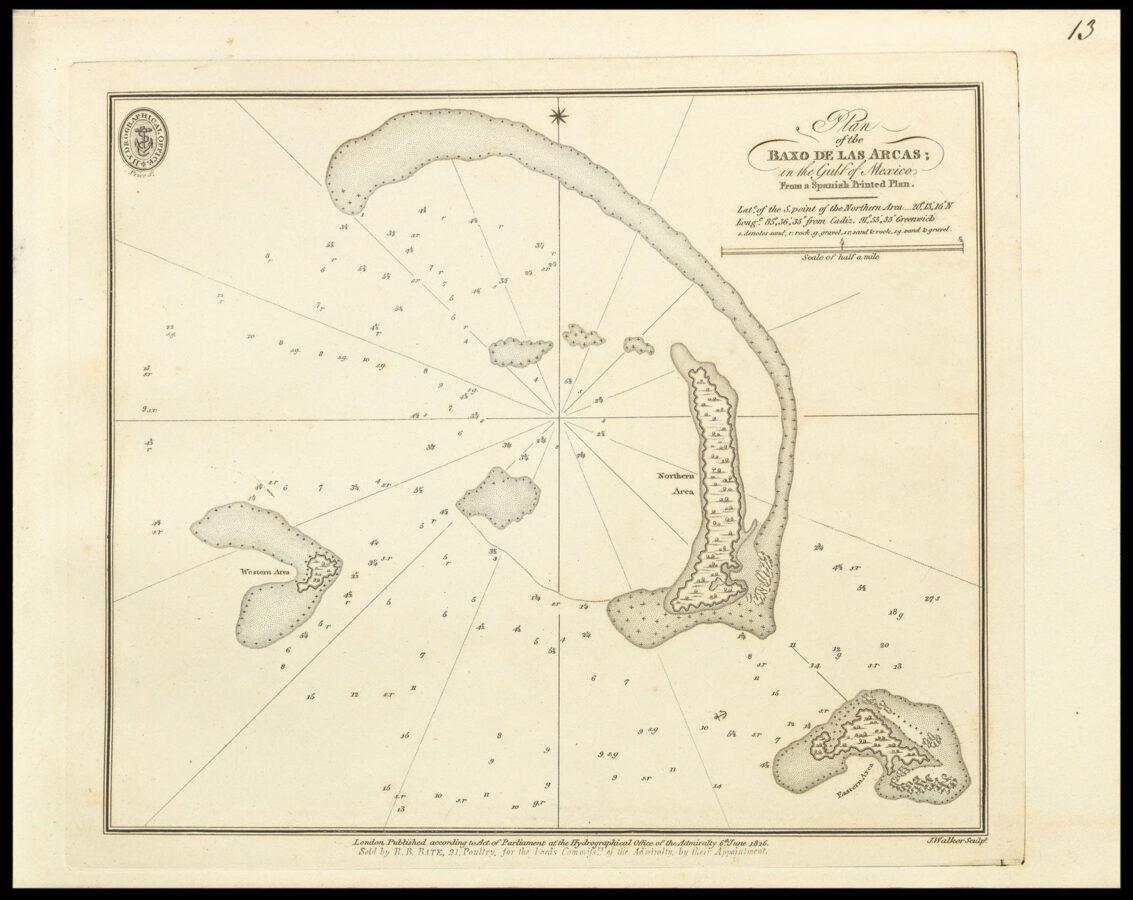 Plan of the Baxo de las Arcas in the Gulf of Mexico. From a Spanish Printed Plan.

Rare Admiralty chart of the Cayos Arcas, in the Gulf of Mexico.