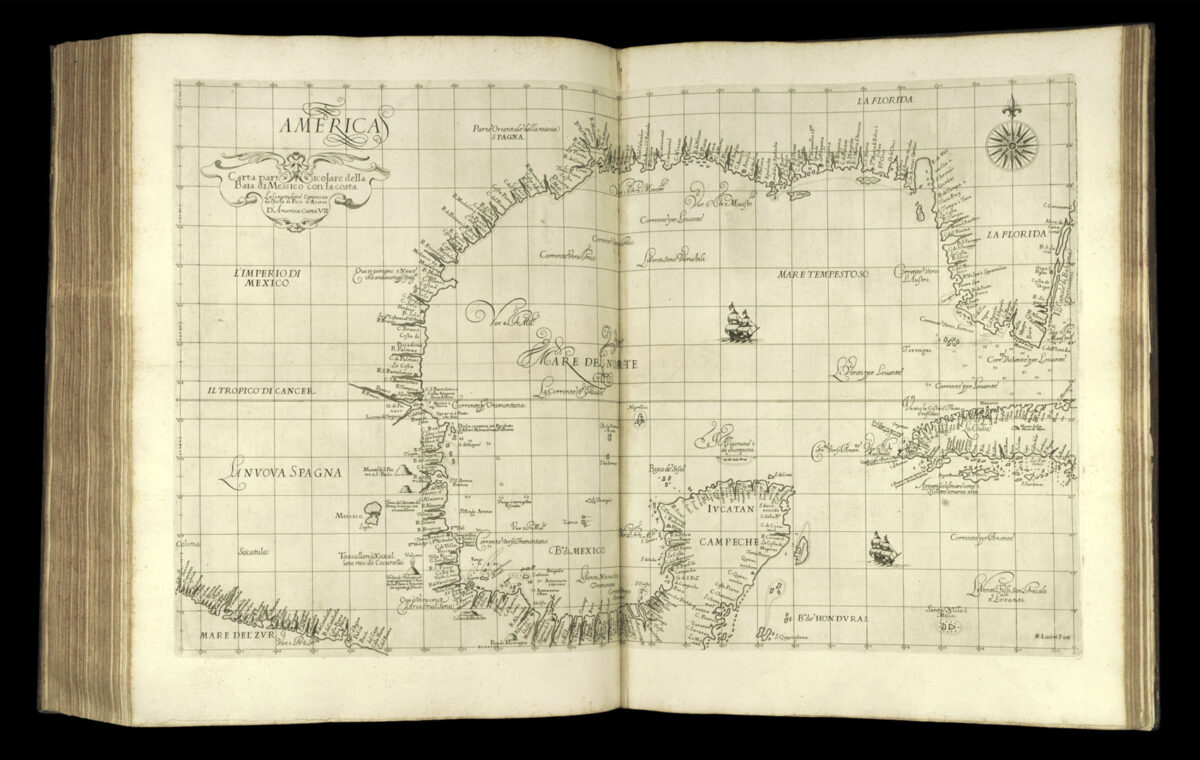 Map showing the coastlines of Florida, Mississippi, Texas, Louisiana and and the Yuctan Peninsula of Mexico around the Gulf of Mexico. Cuba is partially visible on the right.