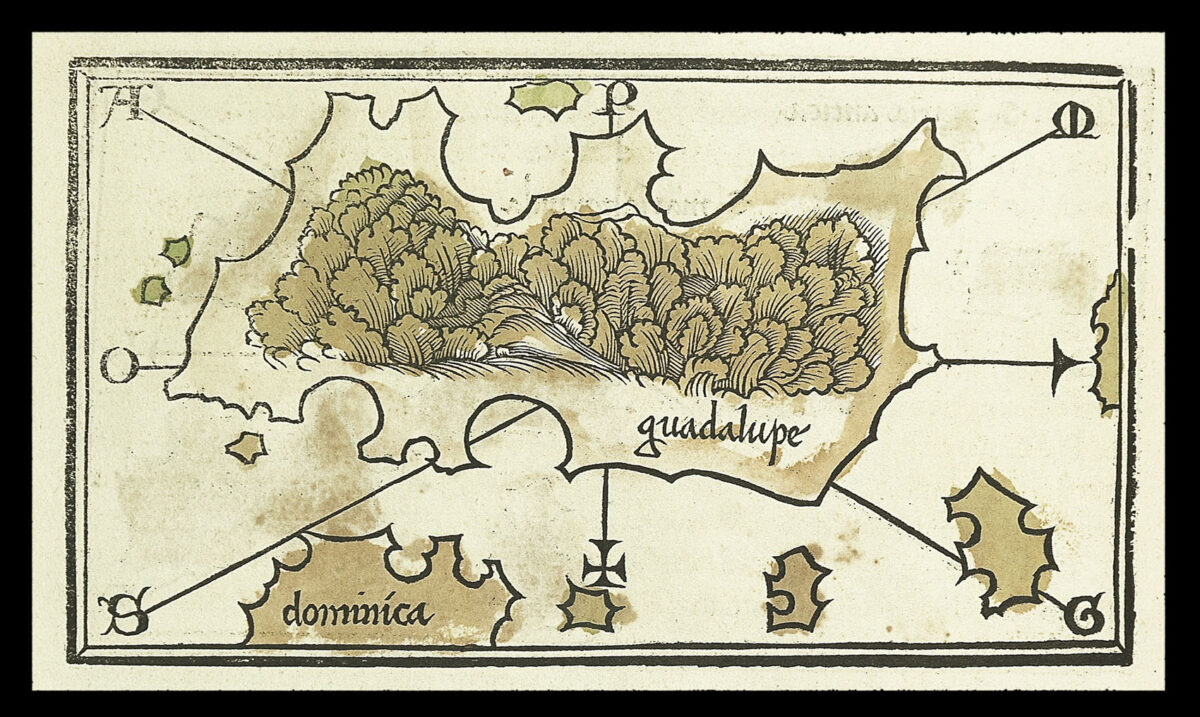 Showing the islands of Guadeloupe and Dominica.