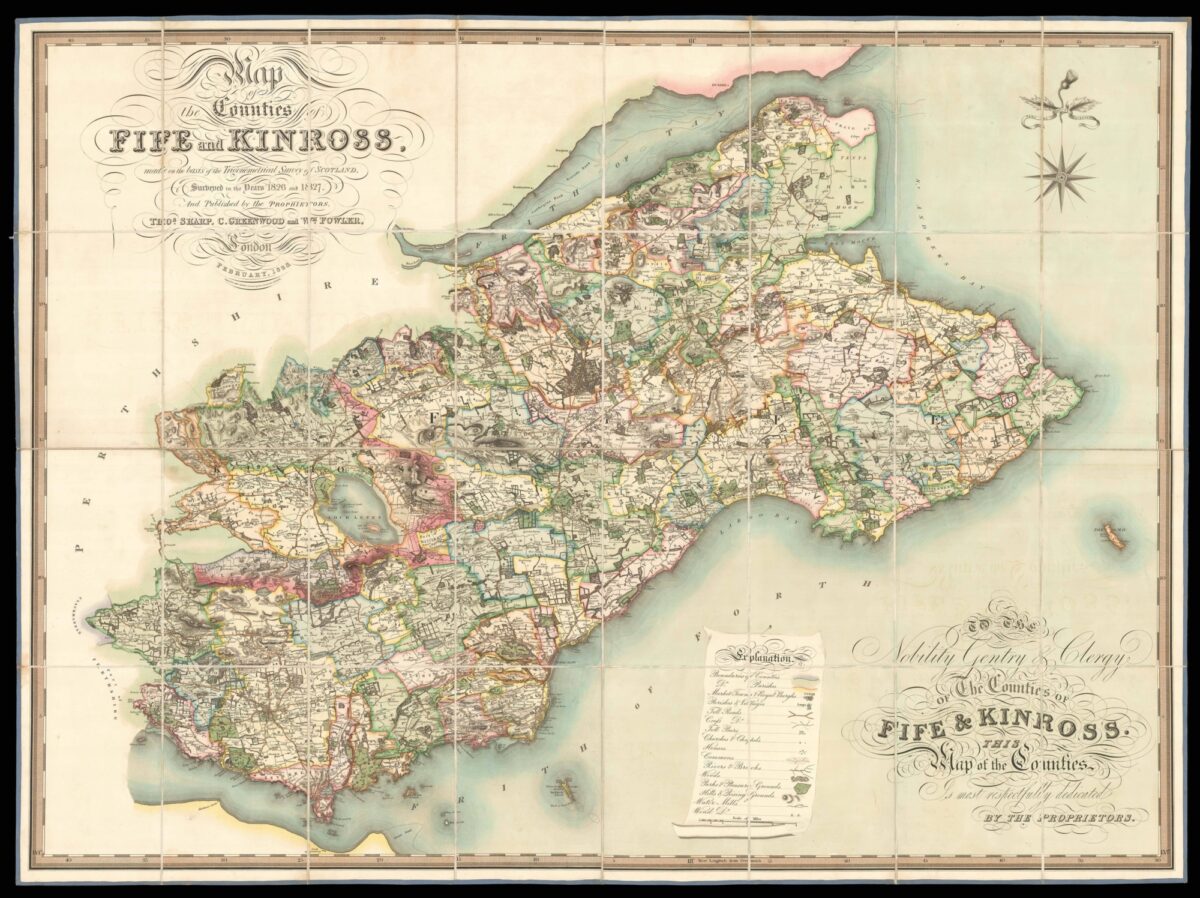 Map of the Counties of Fife and Kinross

The maps by Christopher and John Greenwood set new standards for large-scale surveys. From a technical point of view the Greenwoods’ productions exceeded the high standards set in the previous century though without the decoration and charming title-pieces that typified large scale maps of that period.

The present map is one of only four Scottish counties that Greenwood published. All four maps were published in conjunction with Thomas Sharp and William Fowler, and took as their base the Trigonometrical Survey of Scotland. The first surveys of Scottish lands began in 1809 until around 1822. The survey would later be continued and amended in 1834.