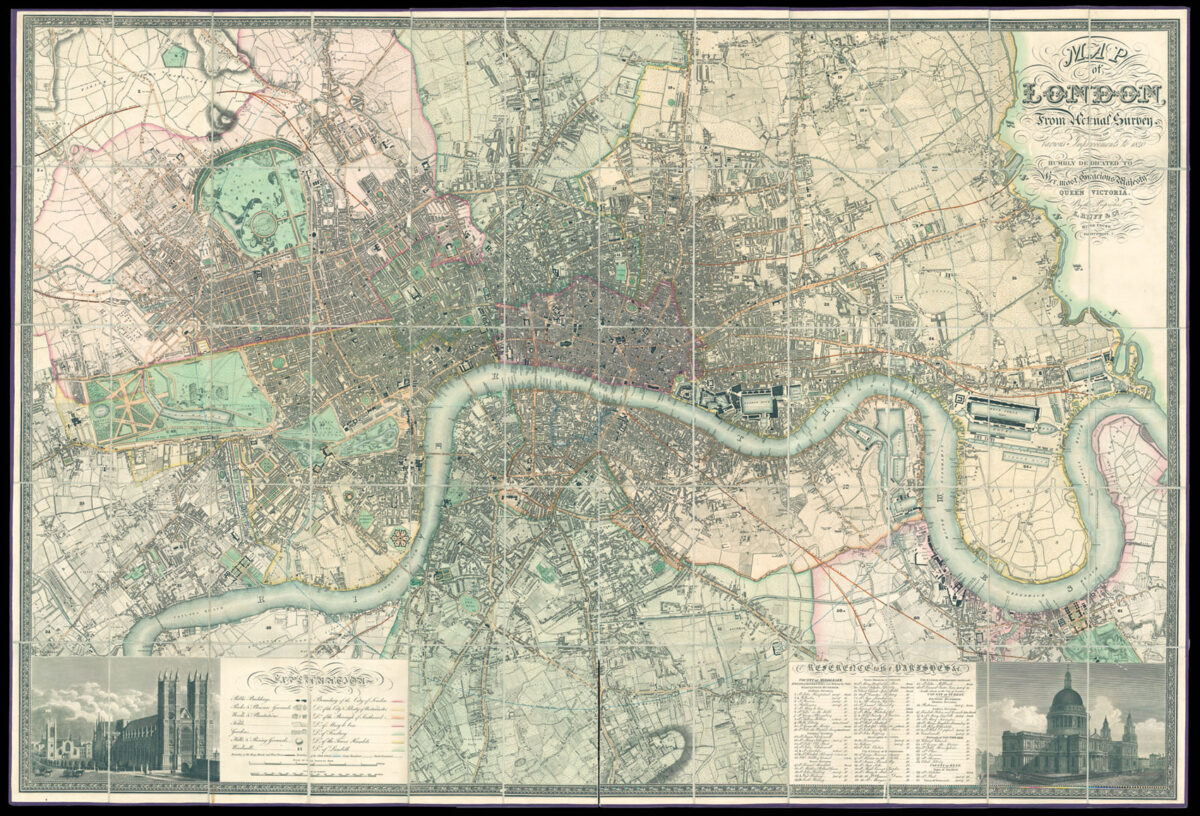 Map of London from an actual Survey Comprehending the Various Improvements to 1840. Humbly Dedicated to Her Most Gracious Majesty Queen Victoria. By the Proprietors E. Ruff & co. Hind Court, Fleet Street.

Christopher and John Greenwood state in the title that the plan was made from an ​“Actual Survey”, which had taken three years. Plans at the time were often copied from older surveys, or re-issued with minor updating; so conducting a new survey was indeed something to boast about. The plan, which was finely engraved by James and Josiah Neele, is stylistically similar to the Ordnance Survey maps of the time, although it was engraved on a much larger scale of 8 inches to the mile, compared to the OS one inch to the mile. It includes detailed depictions of streets, houses, public buildings, parks, squares, woods, plantations, rivers, hills, windmills; also the marking of the boundaries of the City of London, Westminster, Southwark, Rules of the King’s Bench & Fleet Prison, Clink Liberty, counties and parishes. Below the plan is a dedication to George IV, which is flanked by views of Westminster Abbey and St Paul’s Cathedral.

The present plan accords with Howgego 309 state (5). The date in imprint is changed to 1840, and the plan is dedicated to Queen Victoria. The shows several new railways including, The London and Birmingham, Eastern Counties, Croydon, and London and Southampton. The map bears the imprint of E. Ruff & Co. a company who among other things mounted, varnished and placed on rollers, many of the maps produced by the Greenwoods. It is unknown how they came to acquire Greenwood’s plates, however, it is conceivable that the plates where in part payment for debts owed to Edward Ruff.