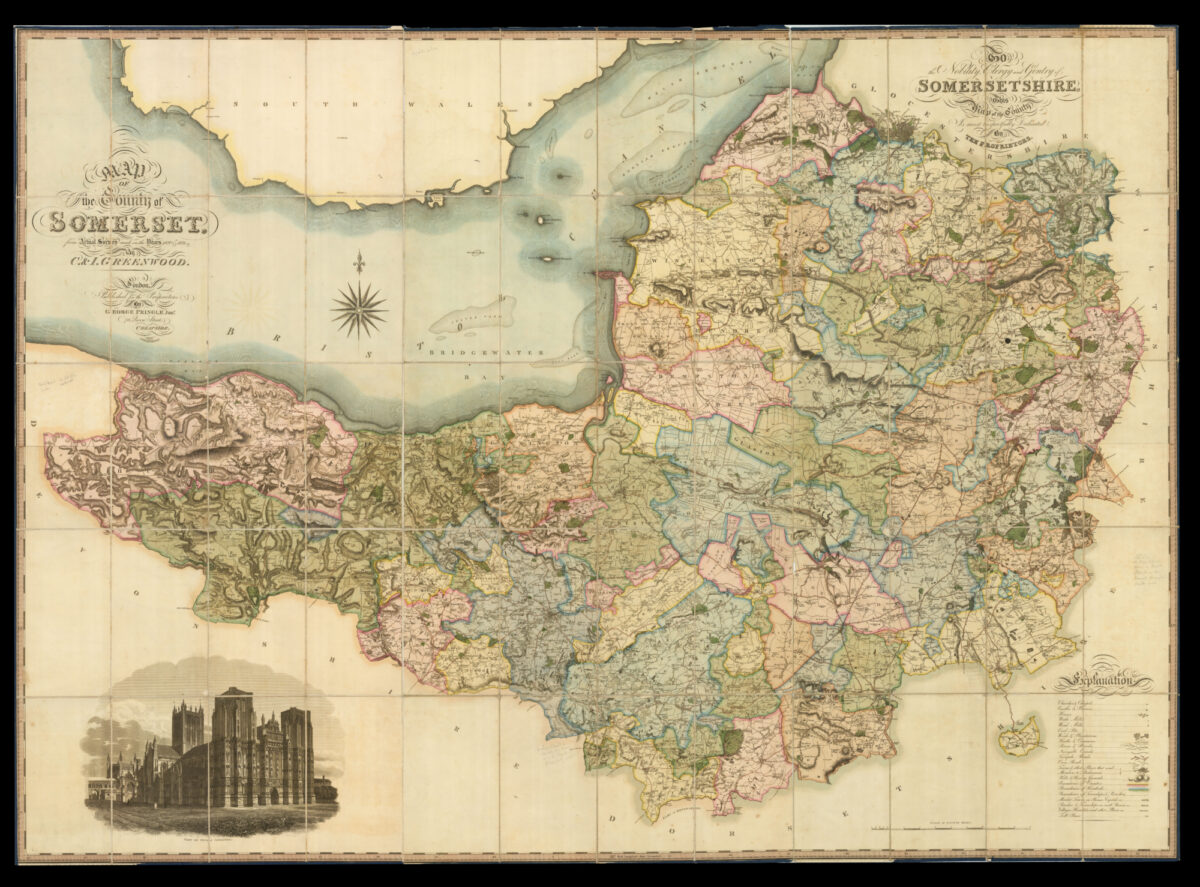 Map of the County Somerset from an actual Survey made in the Years 1820 & 1821. By C. & I. Greenwood. To the Nobility, Clergy and Gentry, of Somersetshire, This Map of the County Is most respectfully Dedicated by the Proprietors.

One of Greenwoods’ earliest surveys reflecting considerable detail and showing boundaries of the counties and hundreds, woods, plantations, heaths and commons, hills and rising ground, churches and chapels, castles, priories and houses, rivers, brooks and navigable canals, water-mills, wind-mills and toll bars, turnpike and cross roads, and market towns, parishes, villages and hamlets. As with all Greenwoods’ surveys it is the road system that is possibly the most impressive, the surveyor showing the the most minor roads throughout the county. Below the map is a key denoting the various signs used on the map, and to the lower left is a view of Wells Cathedral.