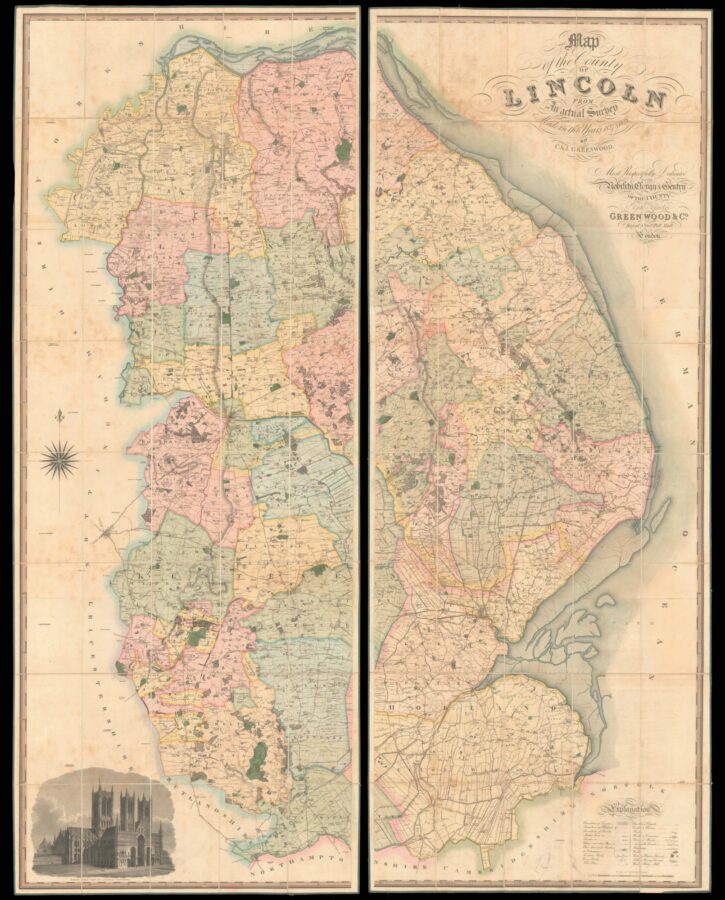 Map of the County of Lincolnshire from An Actual Survey Made in the Years 1827 & 1828, By C. & J. Greenwood. Most Respectfully Dedicated to the Nobility, Clergy & Gentry of the County By the Propreitors Greenwood & Co.

The maps by Christopher and John Greenwood set new standards for large-scale surveys. Although they were unsuccessful in their stated aim to map all the counties of England and Wales, it is probably no coincidence that of the ones they missed, Buckinghamshire, Cambridgeshire, Herefordshire, Hertfordshire, Norfolk and Oxfordshire, all except Cambridgeshire were mapped by Andrew Bryant in a similar style and at the same period. From a technical point of view, the Greenwoods’ productions exceeded the high standards set in the previous century though without the decoration and charming title-pieces that typified large-scale maps of that period.