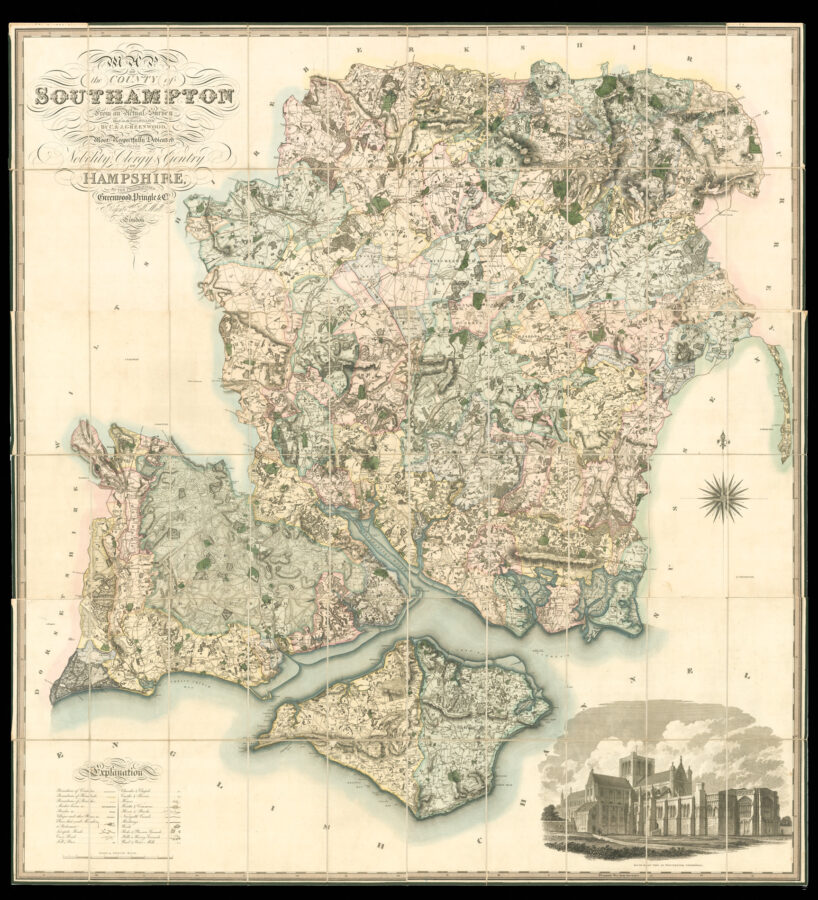 Map of the County of Southampton From An Actual Survey Made in the Years 1825 & 1826, By C. & J. Greenwood and N. L. Kentish, Most Respectfully Dedicated to the Nobility,Clergy & Gentry of Hampshire, By the Proprietors Greenwood , Pringle & Co.

The Greenwoods started in 1817 with Lancashire and Yorkshire and, by 1831, they had covered 34 counties. Their maps were masterpieces of surveying and engraving techniques, and in view of the speed at which they were completed, their accuracy is remarkable. They mark the boundaries of the counties, hundreds and parishes, churches and chapels, castles and quarries, farmhouses and gentlemen’s seats, heaths and common land, woods, parliamentary representatives and distances between towns. The price of 3 guineas each compares with the the first edition Ordnance Survey sheets of 7s 6d, though the latter did not relate to complete counties.