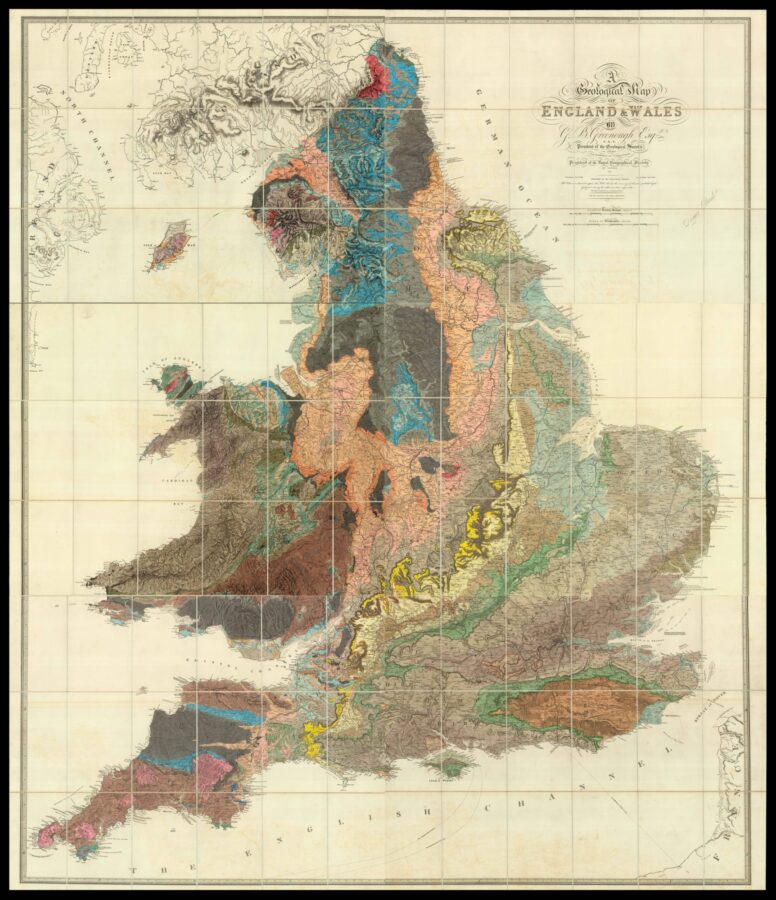 A Physical and Geological Map of England and Wales By G.B. Greenough Esq. President of the Geological Society of London. At its Establishment and at subsequent periods: President of the Royal Geographical Society of London &c. First Edition No. 1st 1819. Second Edition Novr. 1st 1839. [together with]: Memoir of a Geological Map of England, to which is added, an Alphabetical Index to the Hills, and a List of the Hills Arranged according to counties. By George Bellas Greenough F.R.S.

Second edition of George Bellas Greenough’s geological map of the United Kingdom, here with the rare Memoir (introduction) to accompany the map.

First published in 1819, four years after, and in response to, William Smith’s seminal map on the same subject, and a key milestone in the history geology.

Greenough’s map, and its lack of fieldwork, was met with a scathing reception by some. The geologist Thomas Webster called it ​“so very defective and inaccurate that I was obliged to begin de novo” (Winchester). It sold, however, by virtue of being produced under the auspices of the Society and because it was cheaper than Smith’s work, which has been suggested as a deliberate ploy on Greenough’s part (Winchester). Greenough was forced to defend his actions later, arguing that the similarities between his and Smith’s work came about because both works were correct. Eventually, the 1868 edition of Greenough’s map credited Smith for the first time, but by then it was too late. Smith had died in 1839, heavily in debt.

The present second edition has been greatly revised and updated by Greenough, and come here with the rare ​‘Memoir’ (Introduction), in which Greenough sets out the various improvements to the maps design and the numerous sources on which he drew. One of the most striking differences is in the use of colour and pattern (something of a pet project of Greenough’s) to represent different geological information, in order, ​“to make the [ie colours] of a geological map speak to the mind as well as to the eye”. (Memoir, p. viii). 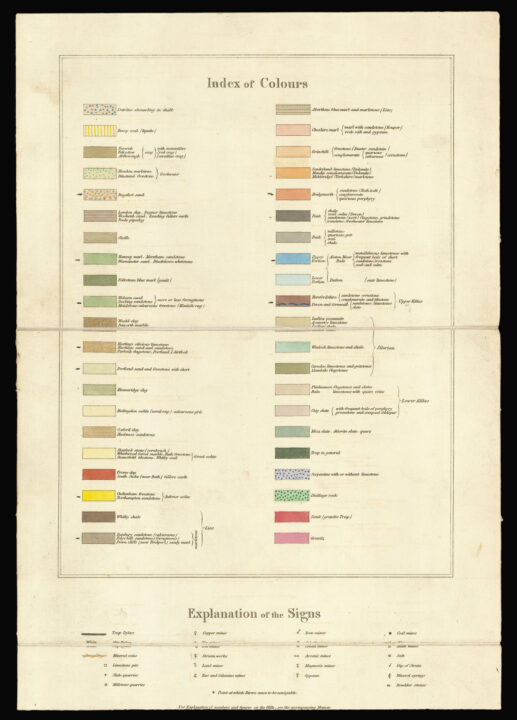