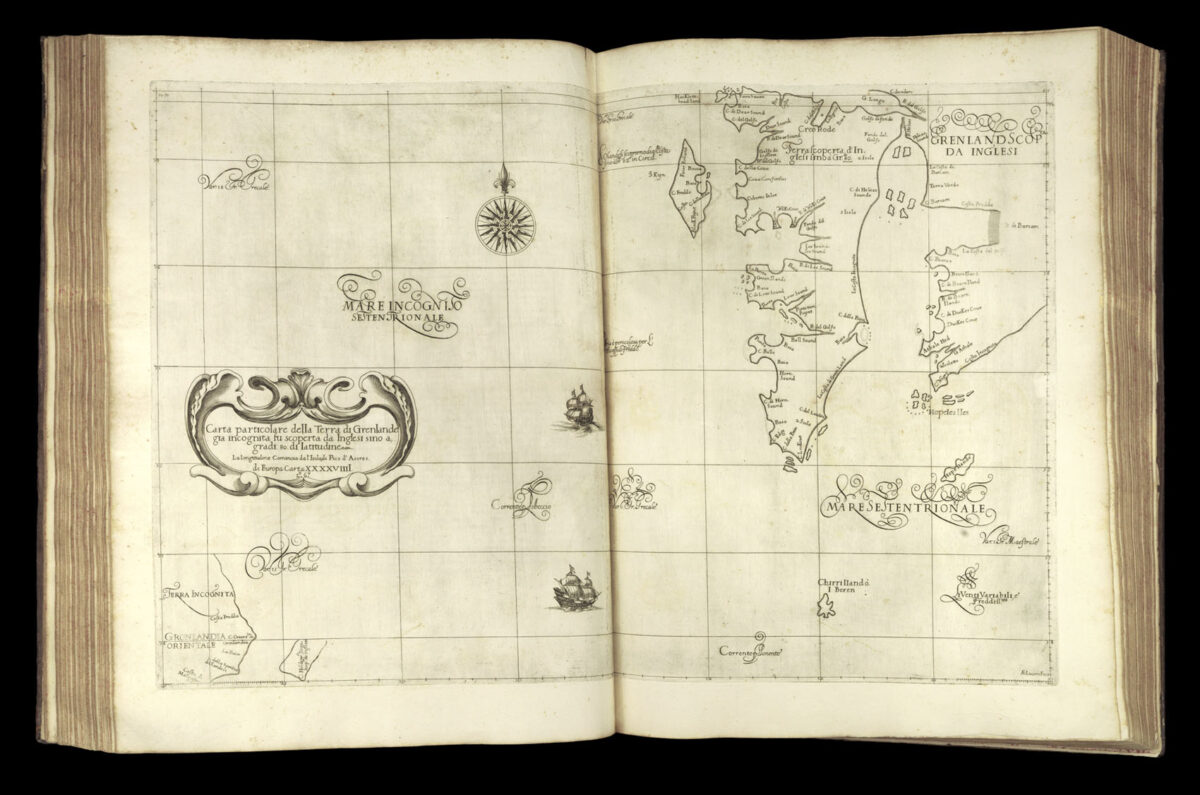 The map shows the coast of Greenland around Baffin Bay.