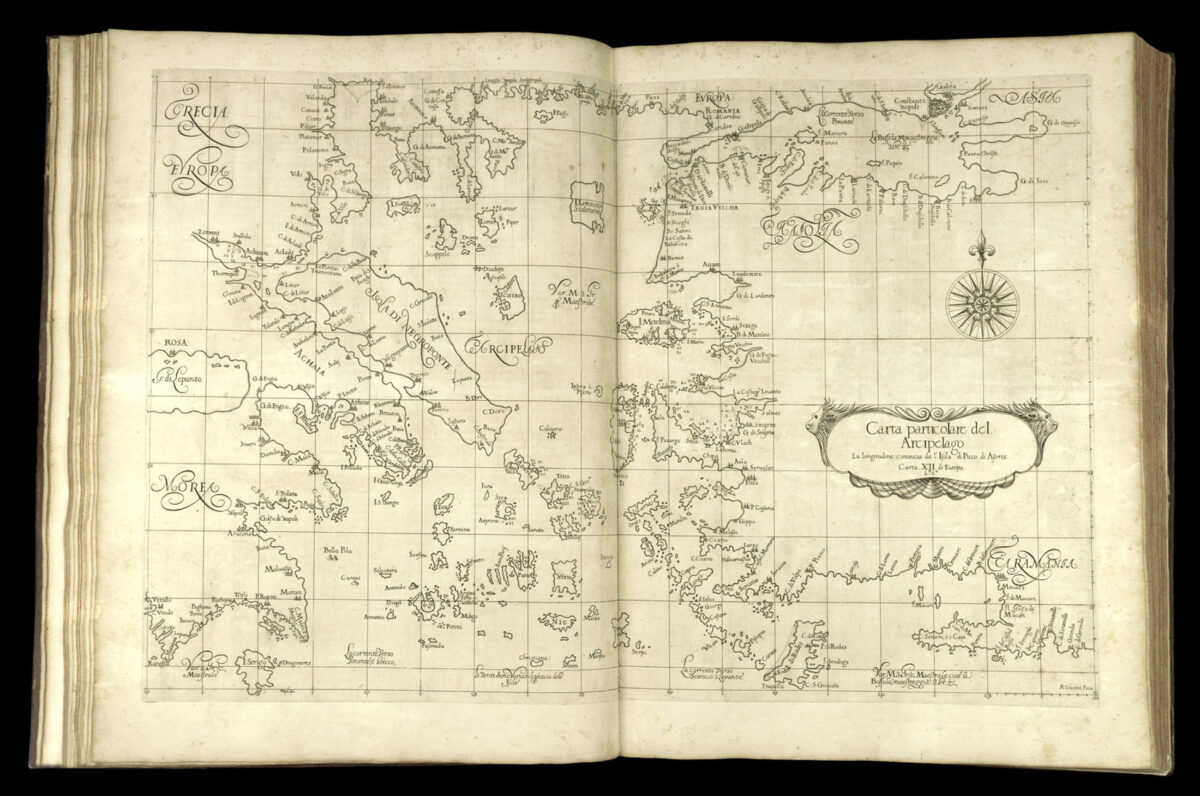 Greece and the islands of the Aegean Sea

The map shows Greece and the islands of the Aegean Sea in detail. The Gulf of Corinth is marked G. de Lepanto, after the 1571 battle.