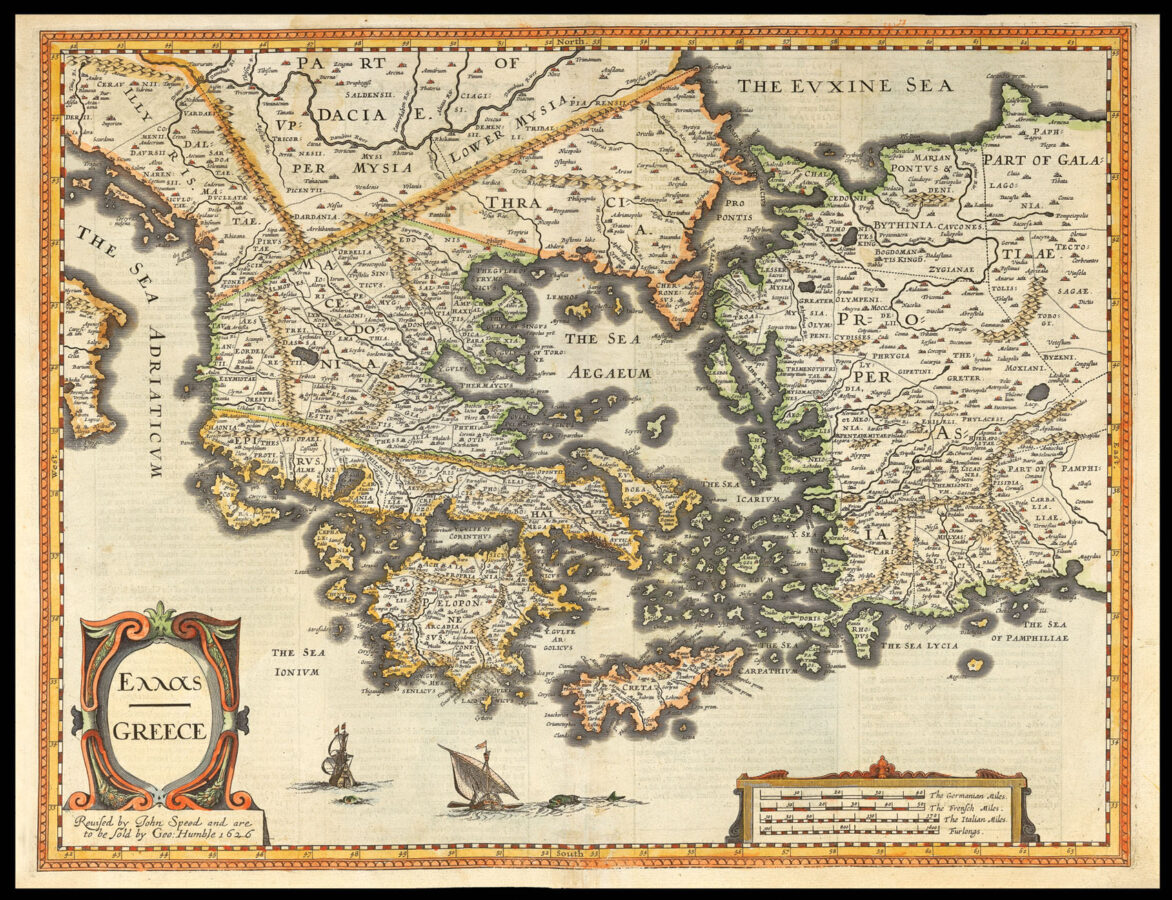 A beautifully coloured map of Greece and the Aegean.