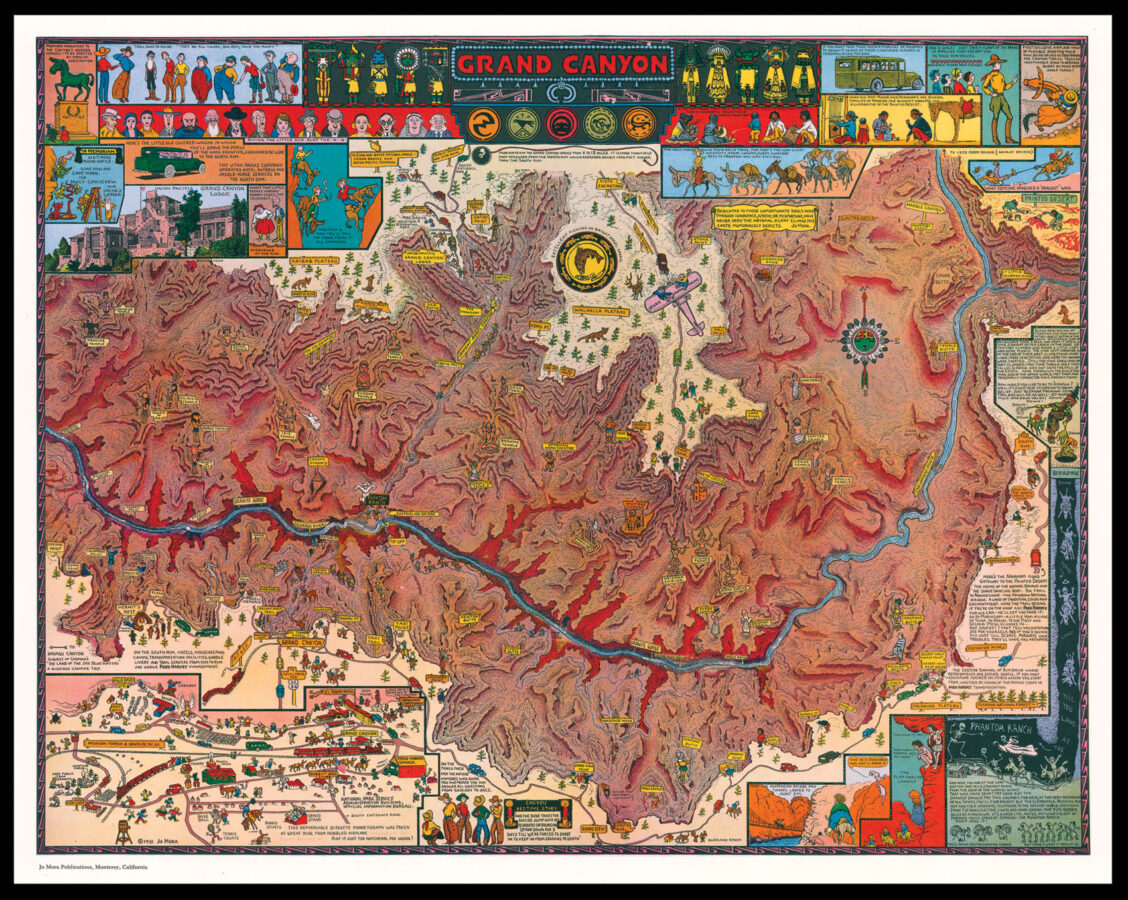 Joseph Mora (1876–1947) was an American artist and illustrator, the ​‘Renaissance man of the Wild West’. Born in Uruguay into an artistic family, his father moved the family to America when Joseph and his brother Luis were still children so that they could train at American art schools. Mora started as a cartoonist and illustrator for the Boston Herald, and then went to a publishing house illustrating and editing children’s books. He then moved to Arizona and began to immerse himself in the culture of the West. Like his father, he became a sculptor, producing magnificent bronzes of horses in action and most famously sculpting the Serra cenotaph. He spent two years living with the Hopi tribe of Native Americans from 1904 to 1906, sharing a studio with E.A. Burbank and became a cowboy. Cowboy culture would be the primary focus of his work for the rest of his life.

Mora produced a series of maps and informative prints, which he called ​‘cartes’. This carte was originally commissioned by Scenic Airways, although the deal fell through. It shows the Grand Canyon, complete with cartoons of the various issues facing tourists visiting the site. These range from those poking fun at the daytrippers — a couple at the top left exclaim ​“What! That little teeney weeney muddy creek the Colorado!” — to the serious, extolling the virtues of the Hopi tribe and encouraging interaction with them. Mora includes little doodles referring to the name of various landmarks in the canyon; the so-called ​‘temples’ are not places of worship but rock formations.

The present example is the first coloured edition; a black and white edition was published in 1931.