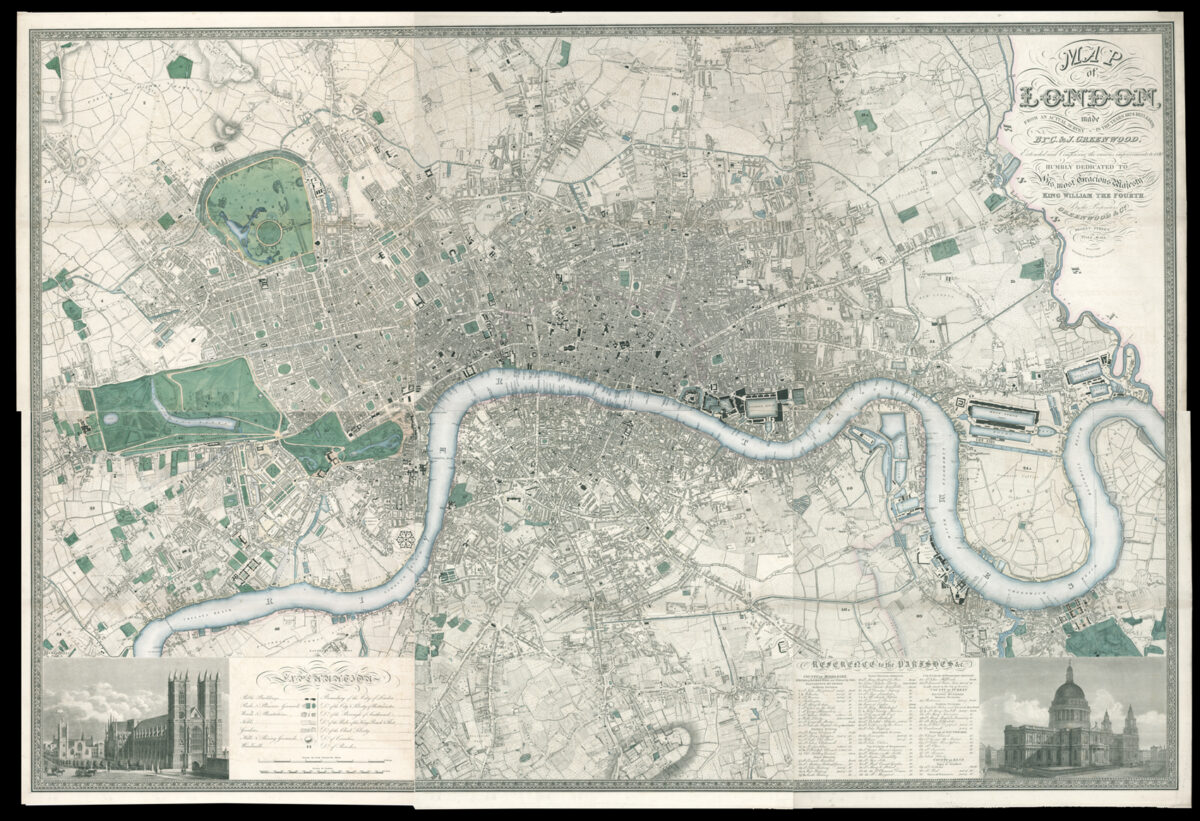 Going south of the river

By GREENWOOD, Christopher and John, 1827

Map of London from an actual Survey made in the Years 1824.1825 & 1826. By C. and J. Greenwood. Extending and Comprising the Various improvements to 1830. Humbly Dedicated to His Most Gracious Majesty King William the Fourth.

On the plan, Christopher and John Greenwood state that it was made from an ​“Actual Survey”, which had taken three years. Plans at the time were often copied from older surveys, or re-issued with minor updating; so conducting a new survey was indeed something to boast about. The plan, which was finely engraved by James and Josiah Neele, is stylistically similar to the Ordnance Survey maps of the time, although it was engraved on a much larger scale of 8 inches to the mile; compared to the OS one inch to the mile. It includes detailed depictions of streets, houses, public buildings, parks, squares, woods, plantations, rivers, hills, windmills; also the marking of the boundaries of the City of London, Westminster, Southwark, Rules of the King’s Bench & Fleet Prison, Clink Liberty, counties and parishes. Below the plan is a dedication to George IV, which is flanked by views of Westminster Abbey and St Paul’s Cathedral.

The present plan accords with Howgego 309 state (2). The date in imprint is changed to 1830 and the plan is dedicated to King William IV. The map has been extended down another 7 3/4 inches on the bottom centre sheet (in place of the dedication) to include parts of Stockwell, Camberwell and Peckham. A table of references to parishes has been included on the bottom right-hand sheet and reference numbers have been superimposed on the plan. Additions to the map include the Lea Union Canal, and the names ​“Bayswater” and ​“East Greenwich”. 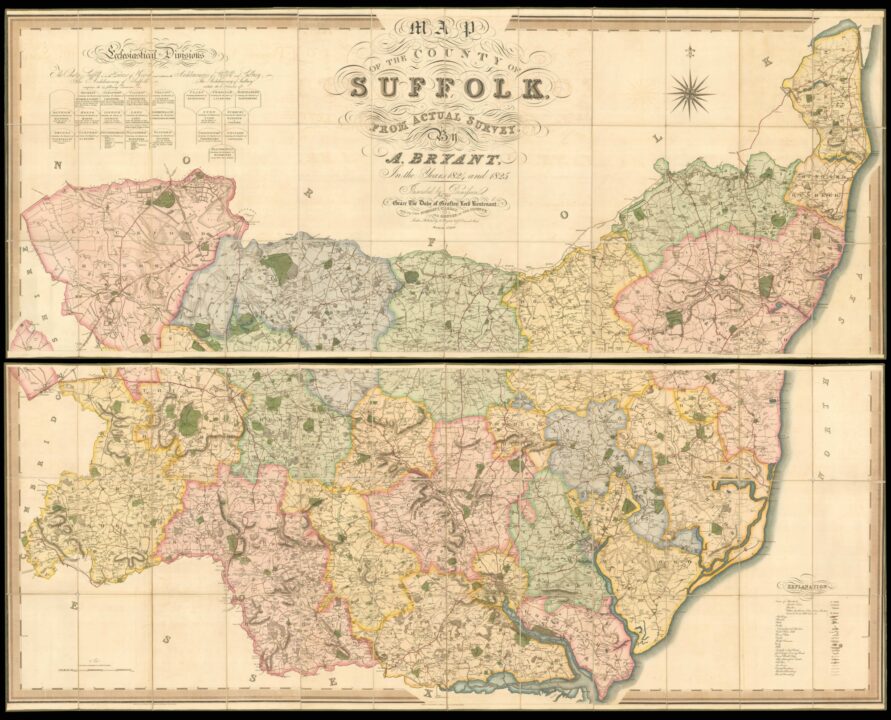 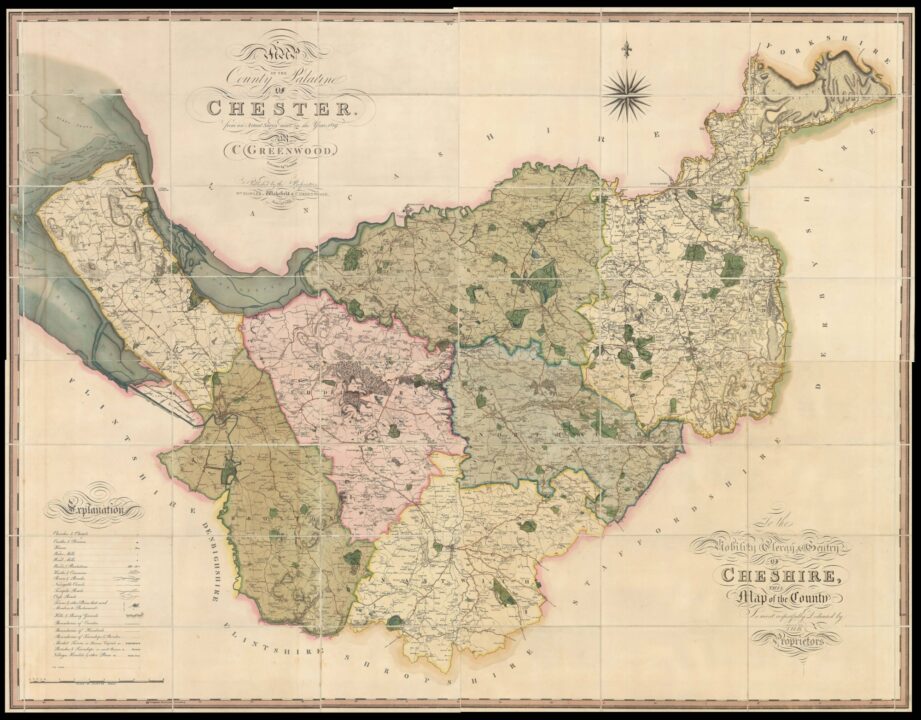 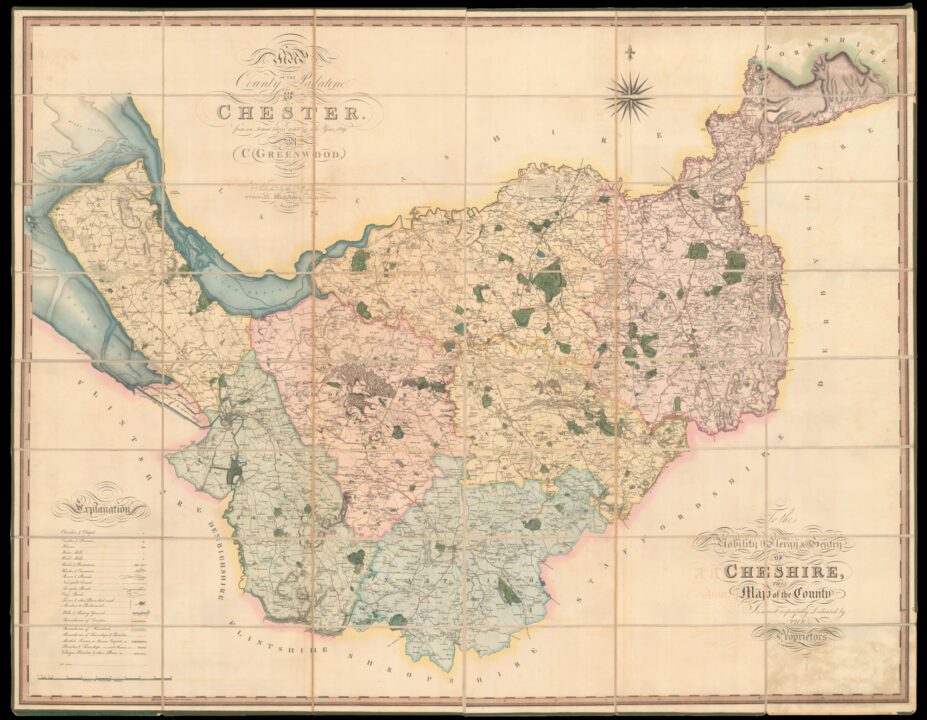 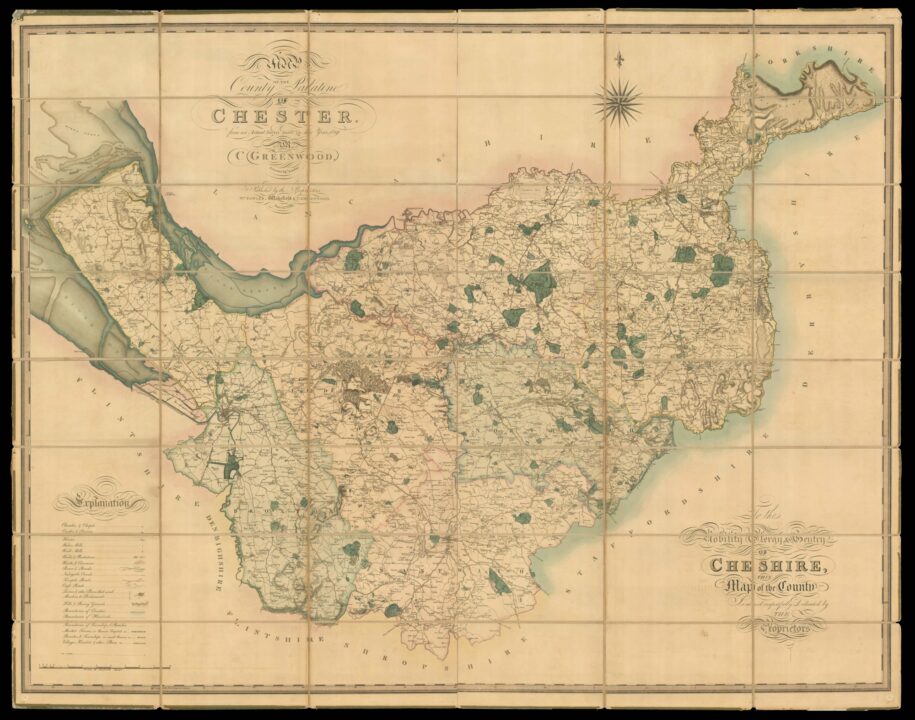