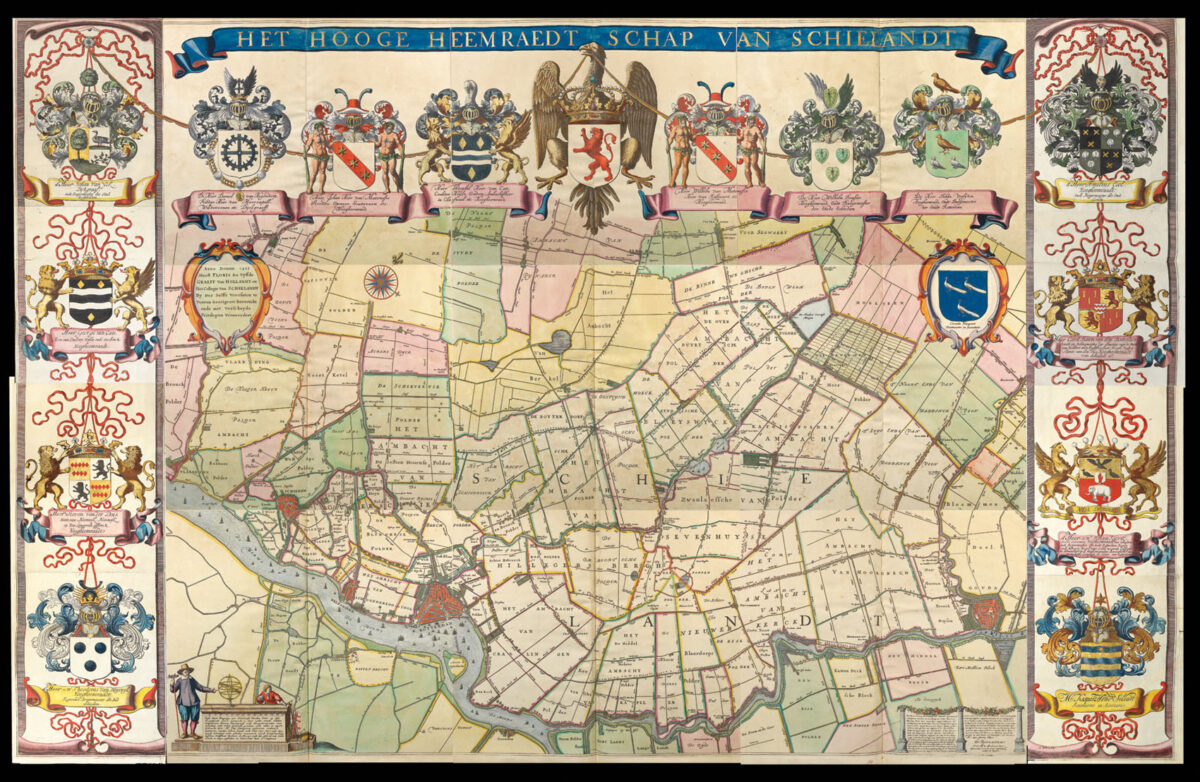 God made the world. The Dutch made Holland. Maps made government.

This beautiful wall map shows the water board of Schieland en de Krimpenerwaard in southwest Holland, based on surveys initiated by the Dyke Reeves of the Schieland Polder in 1648, as the 1611 map of Balthasar Floris was outdated. The survey was done by Jan Janszoon Stampioen between 1649 and 1654. After a long search, a qualified engraver was found in Johann Vingbooms of Amsterdam, best known for the exquisite manuscript maps and views he produced based on Dutch East and West India Company materials. Johannes van de Vennip was engaged to colour the map. The drawing, engraving and printing cost an astonishing 3,350 guilders.

The map lays out the principal towns, villages, and settlements, differentiating the land ownerships. Also shown are the borders of the polders (tracks of reclaimed lands) together with the names of their owners. It displays drainage canals, windmills, certain cultivated areas, ornamental gardens, some larger buildings, churches, and street or canal plans of the cities of Rotterdam, Delfshaven, Gouda and Schiedam. The map is surrounded by coats-of-arms on three sides.

We have only been able to trace two examples of this edition: Yale University Library, and in the archive of ​‘Hoogheemraadschap van Schieland en de Krimpenerwaard’ in the Netherlands. Both maps are uncoloured. Our copy seems to be the only coloured first edition version of this work which has survived. There were later editions in 1684, 1694, 1710, 1718 and 1765. However, due to the high mortality rate of wall maps, even later editions are scarce.