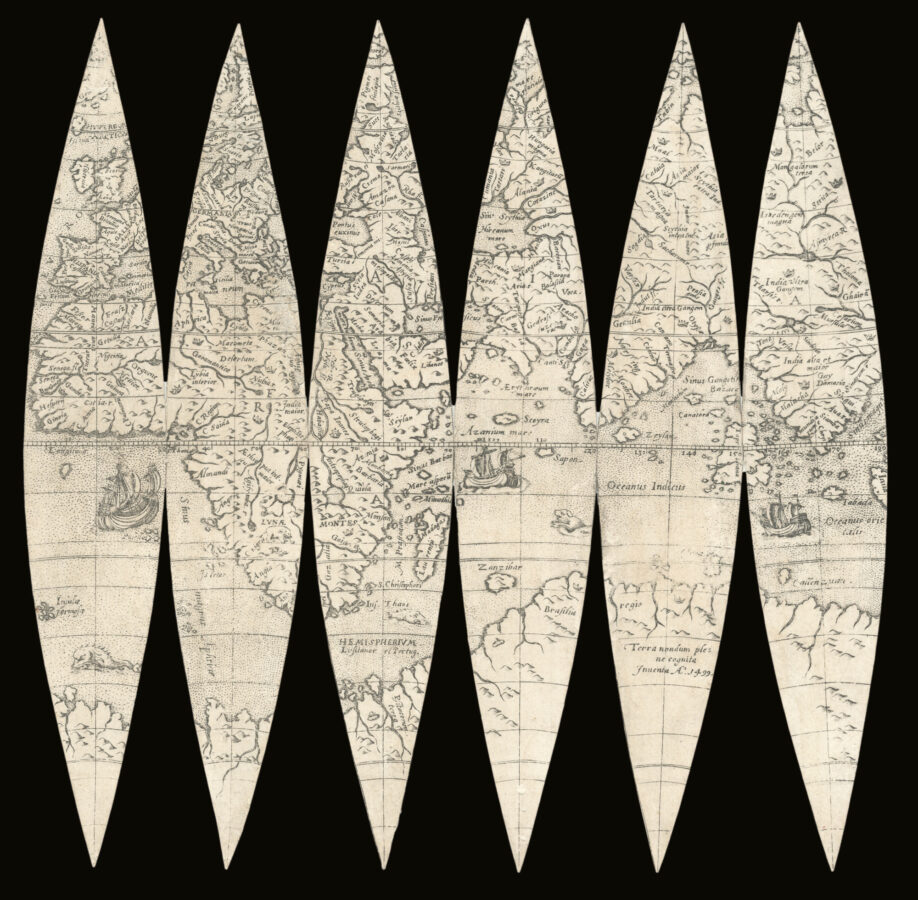 These gores present a cartographic curiosity. They are a reproduction of a rare set of gores made by Gulielmus Nicolai in 1603, according to a cartouche floating on the Atlantic Ocean. Yet the cartography resembles that of the world maps made around 50 years before. In fact, the East Indian islands are labelled as ​“recently discovered 1520”. Furthermore, there is no recognition of the important work done by Ortelius, Mercator or even Gastaldi. This is because Nicolai’s work was modelled on the globes made by Caspar Vopell and Francois Demongenet in 1536 and 1560 respectively, which show the newly-found central America but lack many lands identified later in the sixteenth century.

Even more mysteriously, they are almost identical to a set of gores produced around the same time by Oterschaden, down to the placement and design of the cartouches. Both globemakers originated from ​‘Belga’ — either the Low Countries or north east France — and were known to have worked in France during the first half of the seventeenth century. Although Shirley (237, 241) states that it is unclear who copied from whom, Dekker dates the Oterschadenis globe as the earlier version (GLB0119). In either case the mystery of their archaic style persists. Both are rare pieces, with Shirley recording only one examples of Nicolai’s gores at Leiden University Library, and one on the market. The Bibliothèque nationale de France hold two facsimiles of these gores, much like the present examples, which are photostatic reproductions. 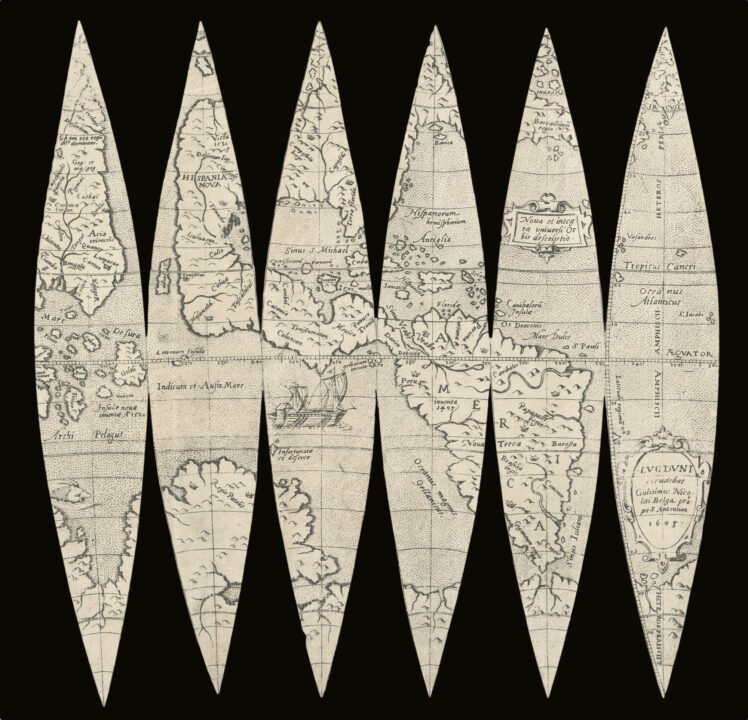