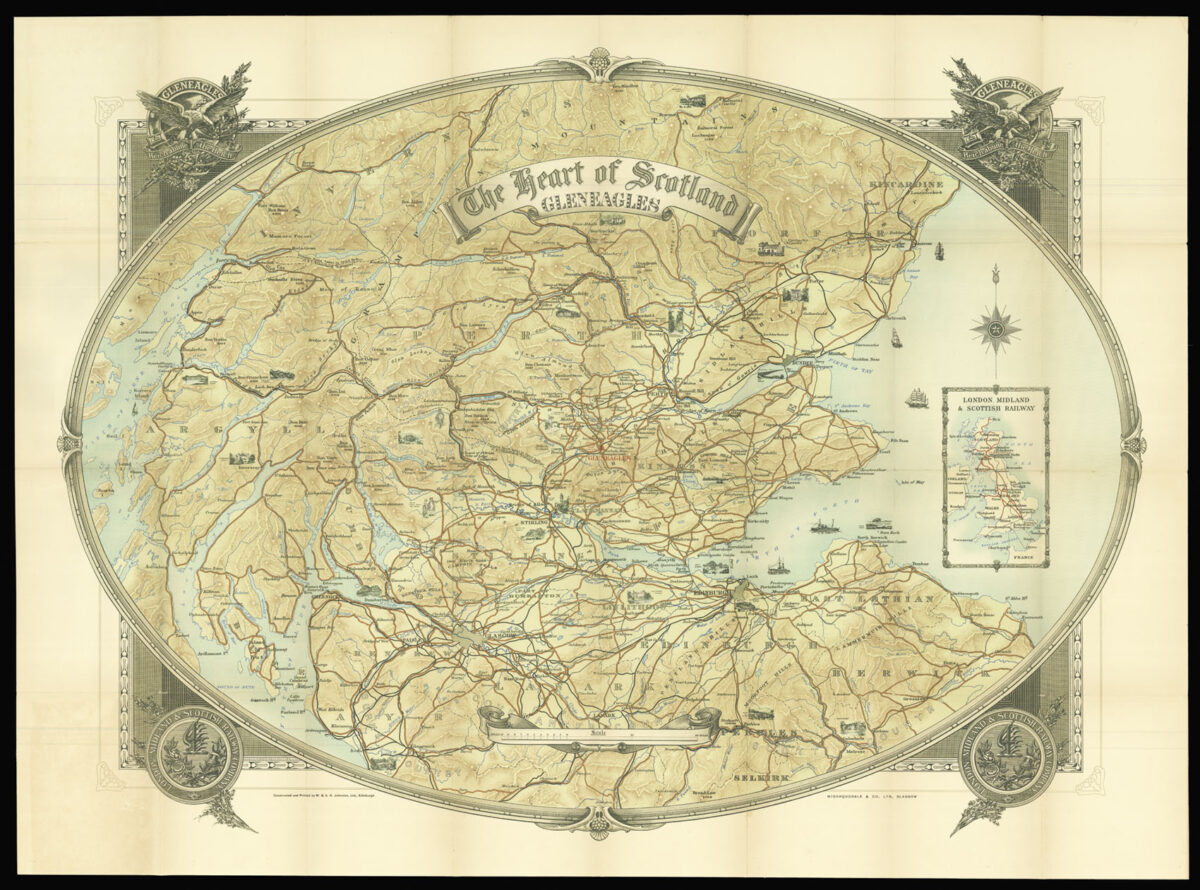 Gleneagles the Heart of Scotland

The Heart of Scotland Gleneagles.

The map was intended as a promotional tool for the Gleneagles hotel and golf course, whose emblems appear to the upper left and right corners. The hotel and course were the brainchild of Donald Matheson, General Manager of the Caledonian Railway Company, whose railway ran through the Strathearn valley. When on holiday in 1910, he was so taken with the natural beauty of the area that he decided to construct a country house hotel and golf course, with the guests transported by his own trains. After the Great War his train company was subsumed into the London, Midland, and Scottish Railway Company, whose emblems appear at the lower left and right corners.

The map stretches north to south from Balmoral Castle to Neidpath Castle, and west to east from Mull to Montrose. Rail routes, major roads, and prominent stately homes are all marked, together with (more surprisingly) the probable route of David Balfour, the hero of Robert Louis Stevenson’s Kidnapped.