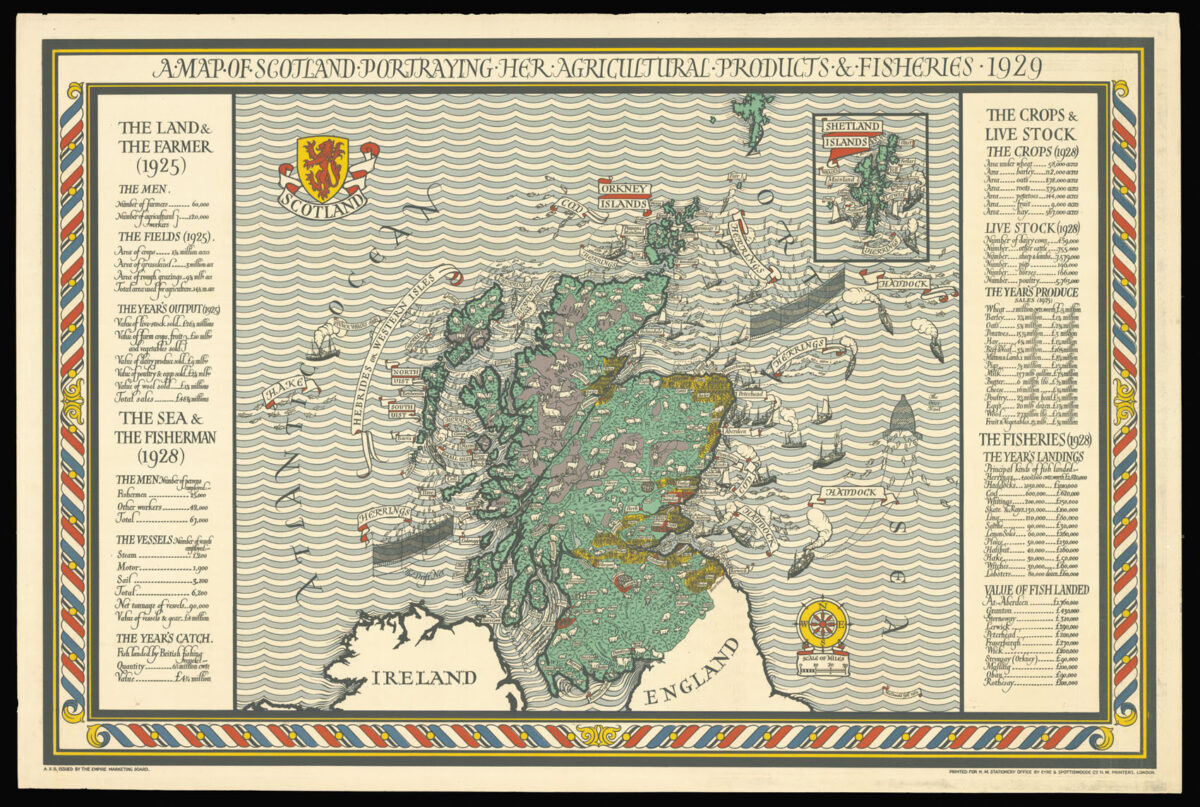 A Map of Scotland Portraying Her Agricultural Products & Fisheries 1929.

Macdonald Gill was commissioned by the Empire Marketing Board in the late 1920s to produce a series of promotional posters. The Empire Marketing Board was formed in May 1926 by the Colonial Secretary Leo Amery to promote intra-Empire trade and to persuade consumers to ​‘Buy Empire’. It was actually established as a substitute for tariff reform and protectionist legislation and this is why it was eventually abolished in 1933, as a system of Imperial Preference replaced free trade.

Scotland’s natural produce is shown off to great effect with fishing fleets off the west and east coasts catching haddock, cod, herring, and lobsters off the Ayrshire coast. The east coast is peppered with arable land; further in land pigs, sheep, and cows graze, whilst deer populate the Highlands. Also depicted are strawberries in Lanark, raspberries near Dundee, and cheese in Argyll. To the left and right of the map is a table detailing the number of people involved in Scottish agriculture and fisheries, the area of cultivation, number of vessels, annual catch, crop, and value of produce.