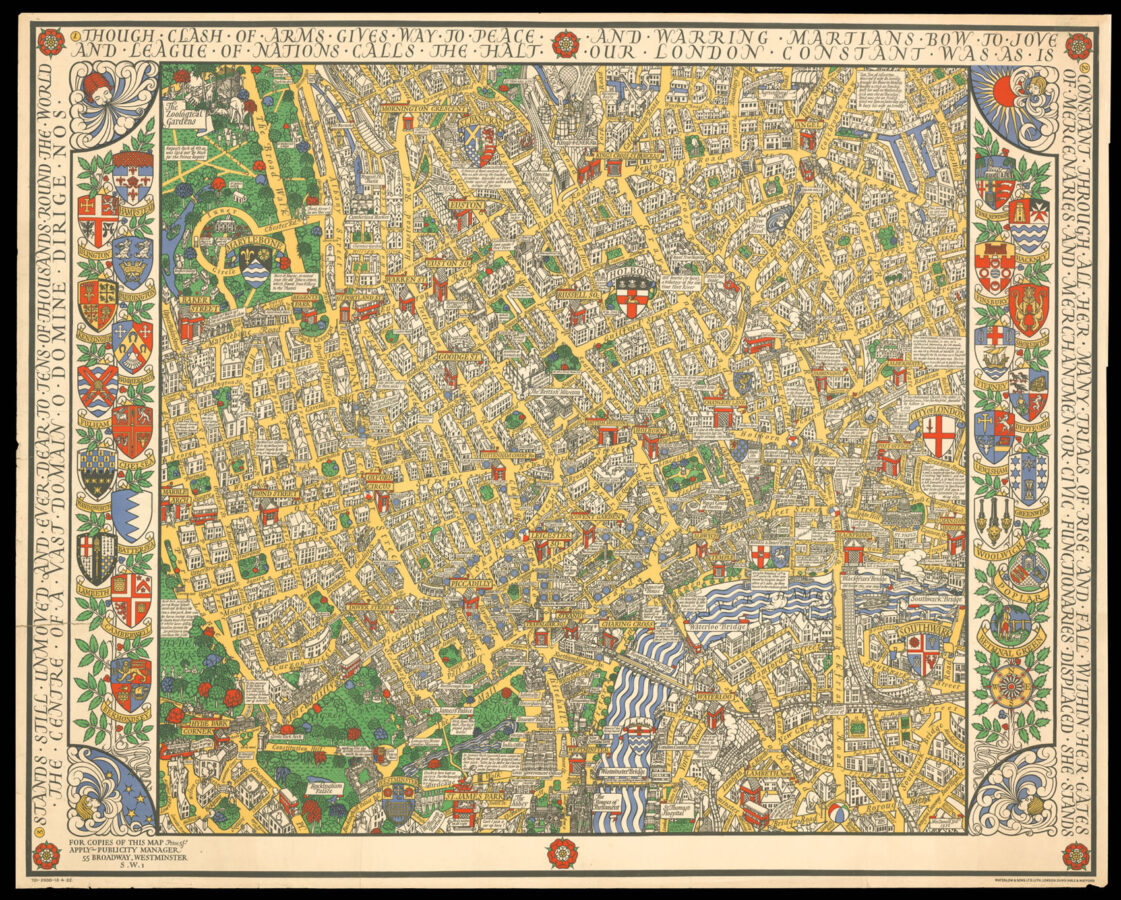 The plan stretches west to east from Marble Arch to the City of London, and north to south from King’s Cross Station to Westminster. Gill marks the boroughs with their coat-of-arms, each train and underground station is marked by a red building, and all public buildings are named. The plan is replete with numerous blocks of text, providing information upon the history of the city. To the right and left are the 23 coats-of-arms of the London boroughs; and to the border is a laudatory poem: