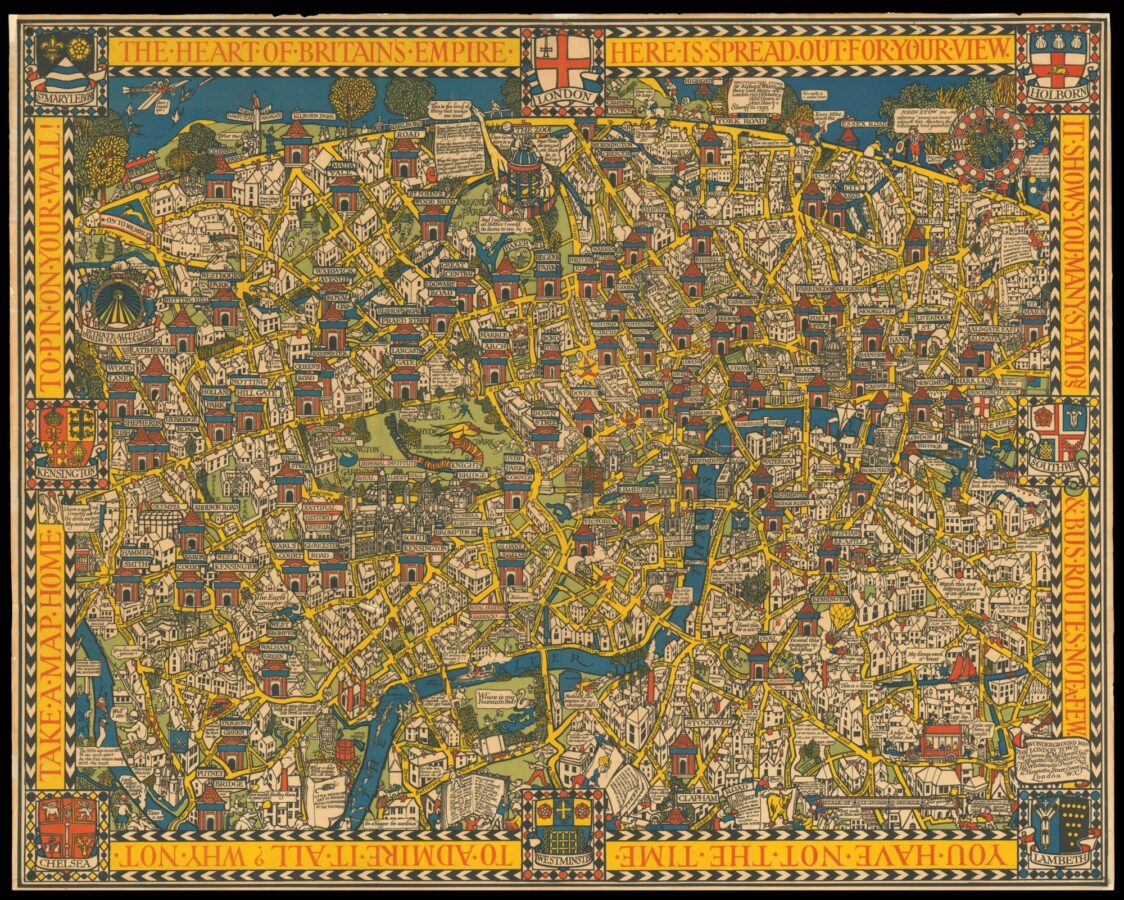 The Wonderground Map of London Town Drawn by MacDonald Gill.

Gill’s humorous map of London and its underground stations.

“During his lifetime MacDonald Gill’s acclaim rested on artistic endeavours of amazing diversity; one area of particular celebrity involved the pictorial maps he designed for both governmental and private organisations. The first of these maps was commissioned in 1913 as a poster for use in the stations of the privately held Underground Electric Railways Company. The enthusiasm of the public for this poster was such that a smaller version, titled the Wonderground Map of London Town, was published for sale the following year.

On the occasion of Gill’s death in 1947 the Journal of the Royal Institute of British Architects referred to this Wonderground Map as ​“a cartographical masterpiece.” Its groundbreaking design, with emphasis on visual and verbal whimsy and bold primary colors, awakened a generation of cartographers to the imaginative possibilities of pictorial mapmaking.” (Elizabeth Burden)

“The Heart of Britain’s Empire Here is Spread Out for Your View. It Shows You Many Stations & Bus Routes Not a Few. You Have Not the Time to Admire it All? Why not Take a Map Home to Pin on Your Wall.”

The current example dates from 1924 and bears, to the upper left, a lion above sign ​‘To Wembley’ denoting the location of The British Empire Exhibition of that year.