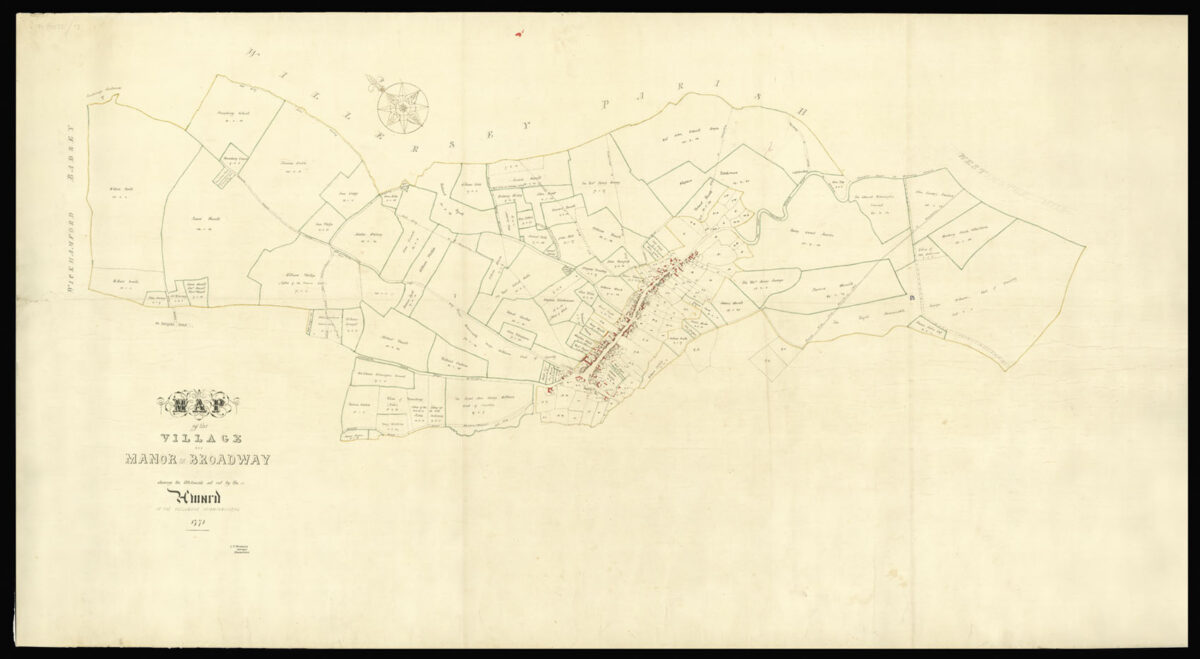 Map of the Village and Manor of Broadway showing the allotmemnts set out by [?] of the of the Inclosure Commissioners 1771.

The work was carried out by the local surveyor C. F. Hensley, on behalf of the Inclosure Commissioners. The commission had been brought into being by on of the many Parliamentary Inclosure Acts of the late eighteenth century.

The Acts set out procedures where, for example, medieval open fields were enclosed into newly laid out field parcels. They also made provision for new roads which provided access to fields and documented who was responsible for boundaries. In many cases Tithe payments were abandoned at this stage in favour of compensation to the Tithe-owner.

Inclosure maps are generally the proposed layout of the fields and may not be what actually happened when the land was finally inclosed.