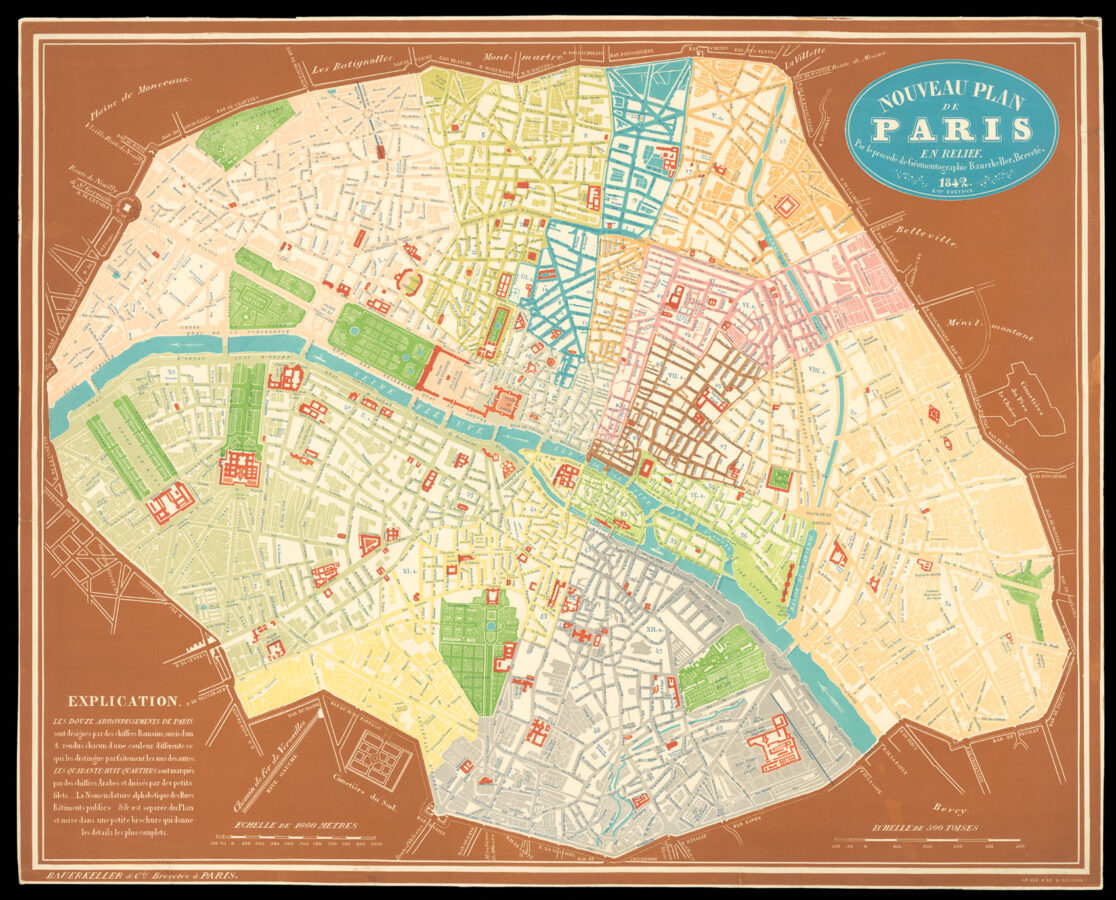 This strikingly modern plan of Paris was published by the German Georg Bauerkeller in 1842. The plan is printed in 12 colours. The buildings shown in white relief, with major public buildings highlighted in red. To the left of the plan is a brief explanation, which states that the Arrondissements are are represented by a different colours and marked by Roman numerals, with the 48 quarters picked out in Arab numerals.

Rare. The OCLC only records five institutional copies: those in the BNF, the BL, Bern University Library, Zentrbibliothek Zurich, and the Bavarian State Library.