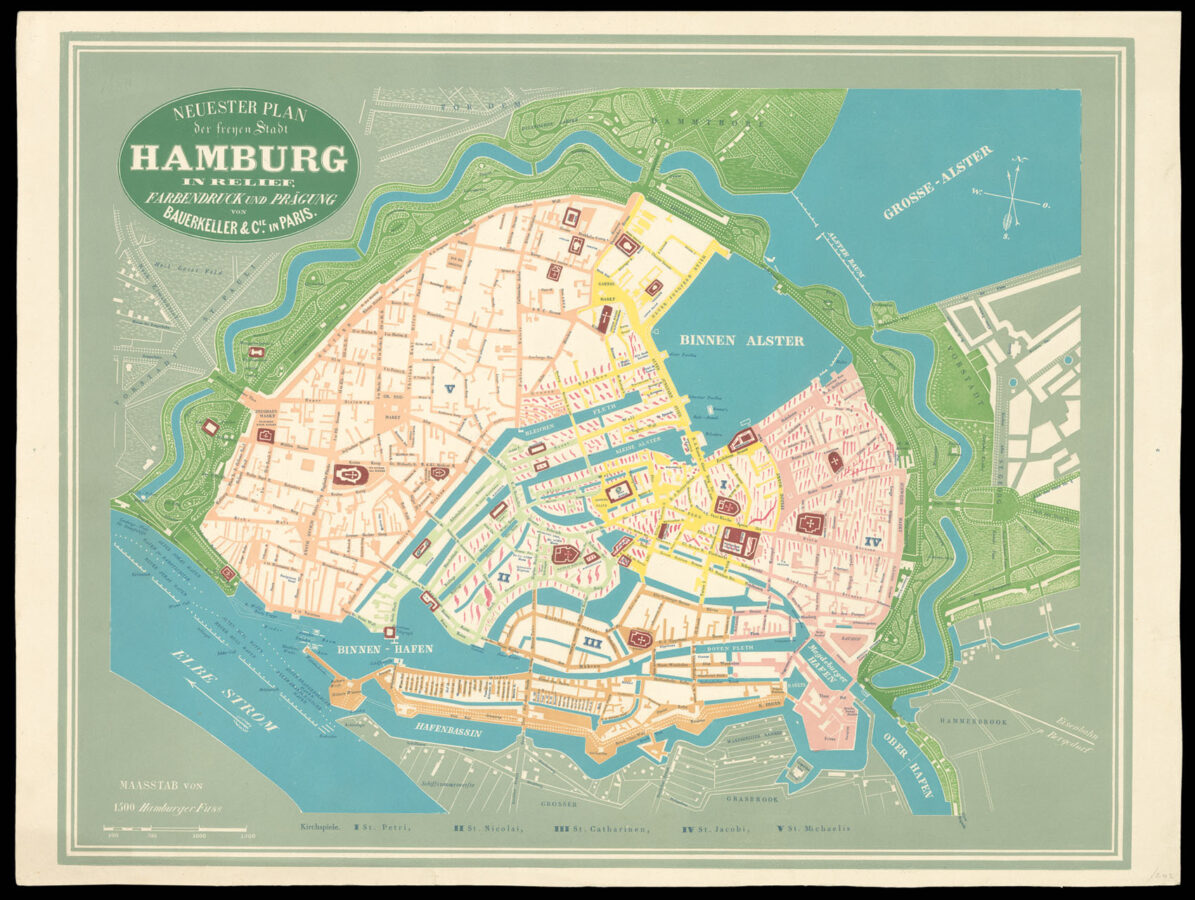 This strikingly modern plan of Hamburg was published by the German Georg Bauerkeller in around 1843. The plan is printed in nines colours. The buildings shown in white relief, with major public buildings highlighted in red. Each district is marked out in vivid colour and marked by roman numerals; below is a key. The plan also shows the extent of the ​“Great Fire”. In 1842, about a quarter of the inner city was destroyed by fire. This conflagration started on the night of the 4th May, 1842 and was extinguished on the 8th May. It destroyed three churches, the town hall, and many other buildings, killing 51 people and leaving an estimated 20,000 homeless. Reconstruction took more than 40 years.

Rare. The OCLC only records three institutional copies, those in the BL, the BNF, and the Bavarian State Library.