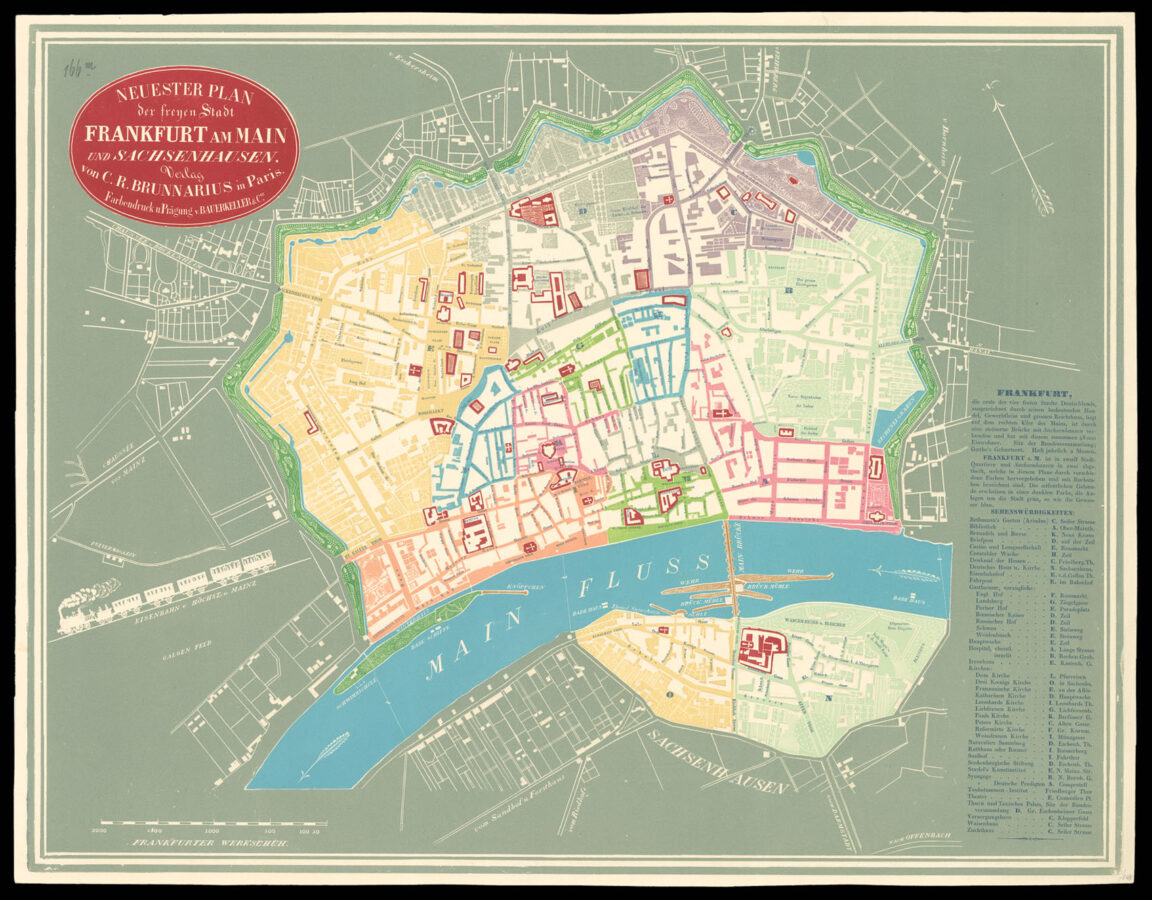 This strikingly modern plan of Frankfurt was published by the German Georg Bauerkeller in around 1840. The plan is printed in 12 colours. The buildings shown in white relief, with major public buildings highlighted in red. Each district is marked out in vivid colour and marked by a letter. To the right is a key together with a brief description of the city. One must also mention the Taunus railway, Frankfurt’s first railway line, which opened in 1839, and is beautifully depicted on the left of the plan.

Rare. OCLC only records one institutional copy, that in the BNF.