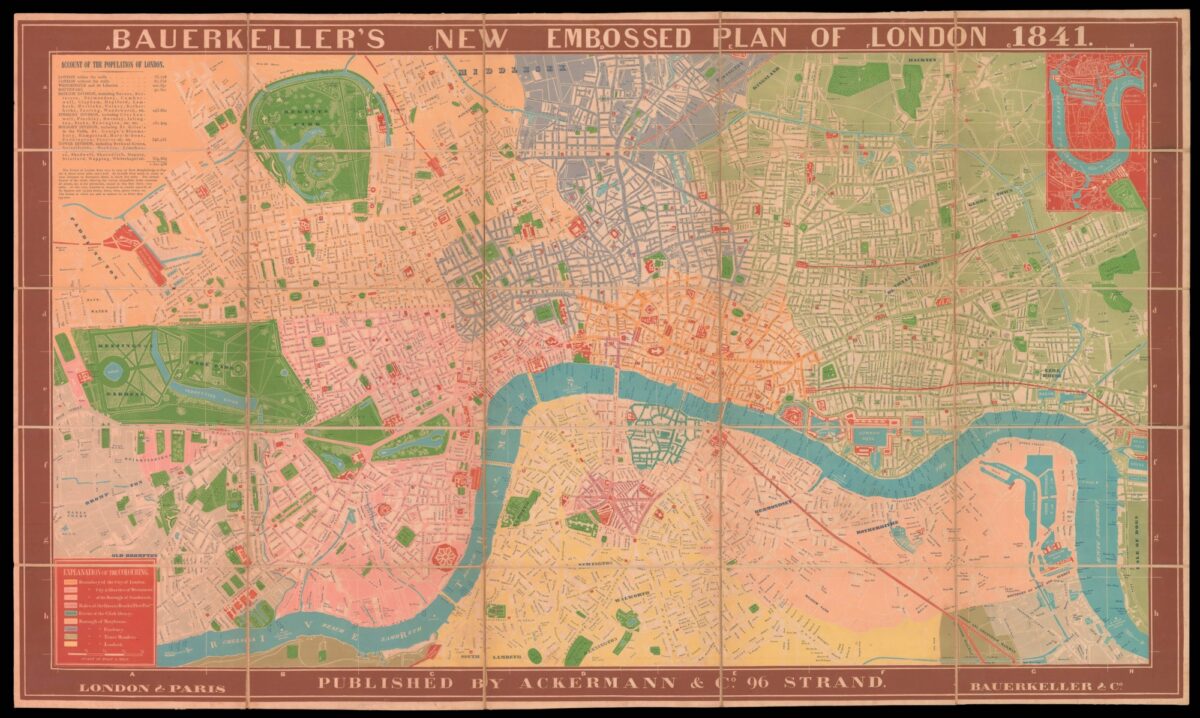 This extraordinary embossed plan shows each locality in a different colour and built up areas raised in white, similar to the technique of Braille. Extending from Islington in the north to Kennington in the south and from Kensington High Street in the west to the West India Docks, with an inset of Greenwich at a smaller scale. A unique style of cartography in very good condition.

In an advertisement in the ​‘Sporting Magazine Advertiser’ Ackermann announces its publication: ‘… The Buildings are raised, and, with the Railroads, Parks, Squares, &c. apper very prominent. The Parishes are also distinguished in delicate tints., and the entire arrangement is so remarkably conspicuous that, whether for the Visitor or the Office, its utility will be generally acknowledged” (Howgego)

COPAC records only one institutional copy of this edition held at Oxford; the copy held at the British Library is a later edition.