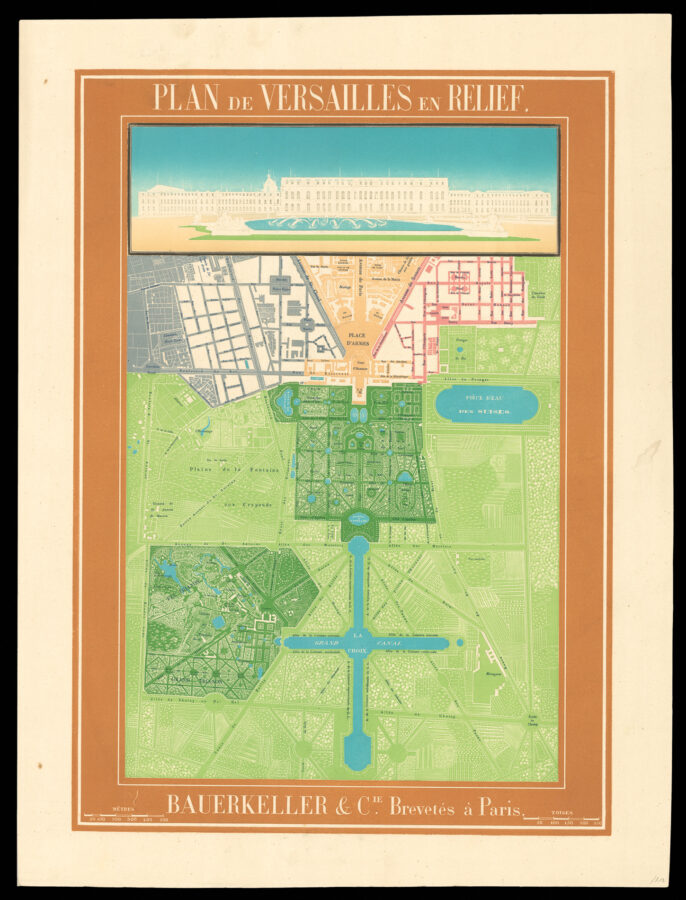 George Bauerkeller’s plan of the Palace and Gardens of Versailles

This strikingly modern plan of Versallles was published by the German Georg Bauerkeller in around 1840. The plan is printed in eight colours. The buildings and gardens upon the plan are shown in white relief, with the palace complex divided into three coloured sections, and the formal gardens highlighted in dark green. Above the plan is a view of the palace.

Rare. The OCLC records two institutional copies: in the BNF and the Bavarian State Library.