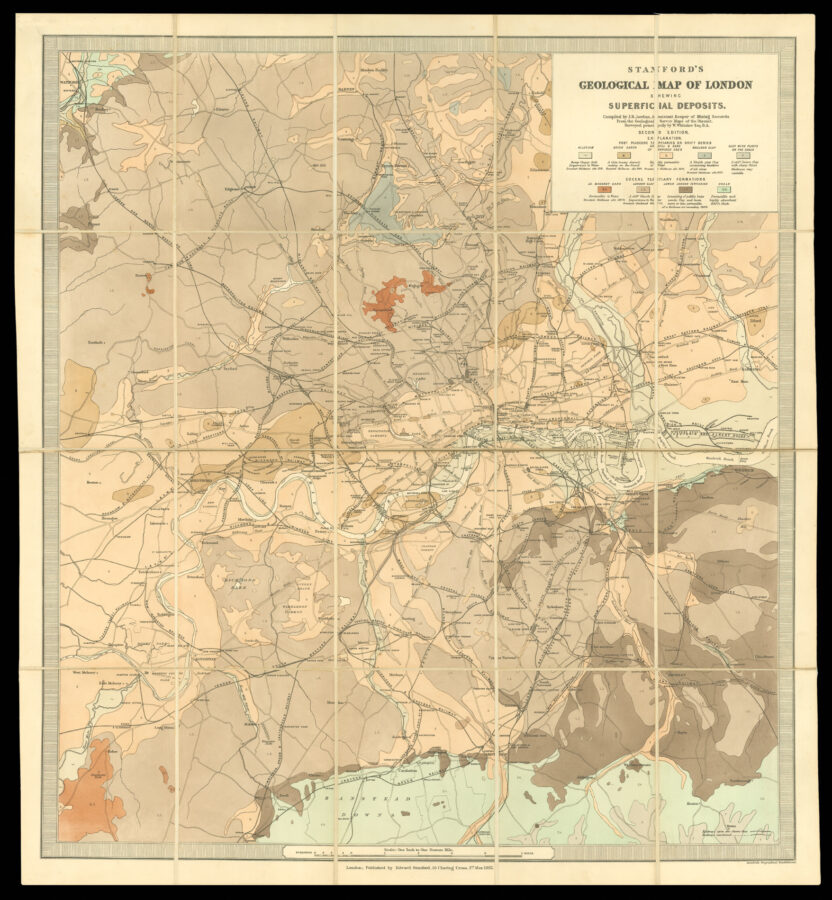 Edward Stanford (1827–1904) was a highly successful publisher, known for his accurate maps of London. He began his career working for Trelawny Saunders, an enterprising mapmaker who supplied a daily weather chart for the Great Exhibition. Stanford started his own business in 1853, was elected a fellow of the Royal Geographical Society the following year and set about expanding the cartographical aspect of the firm. Stanford’s great rival was James Wyld, and both publishers produced a geological map of the entire London area in 1870.

The key at the top identifies the different types of soil deposits and geological formations found in the Greater London area. 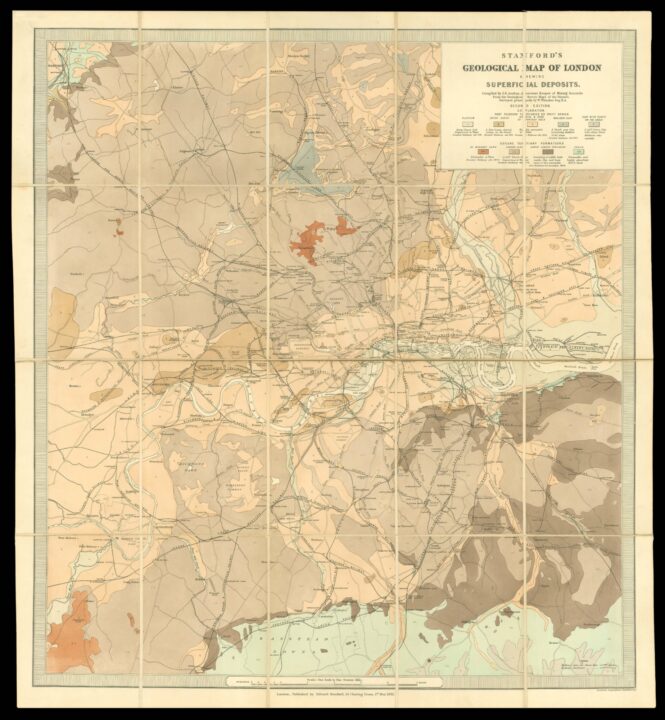