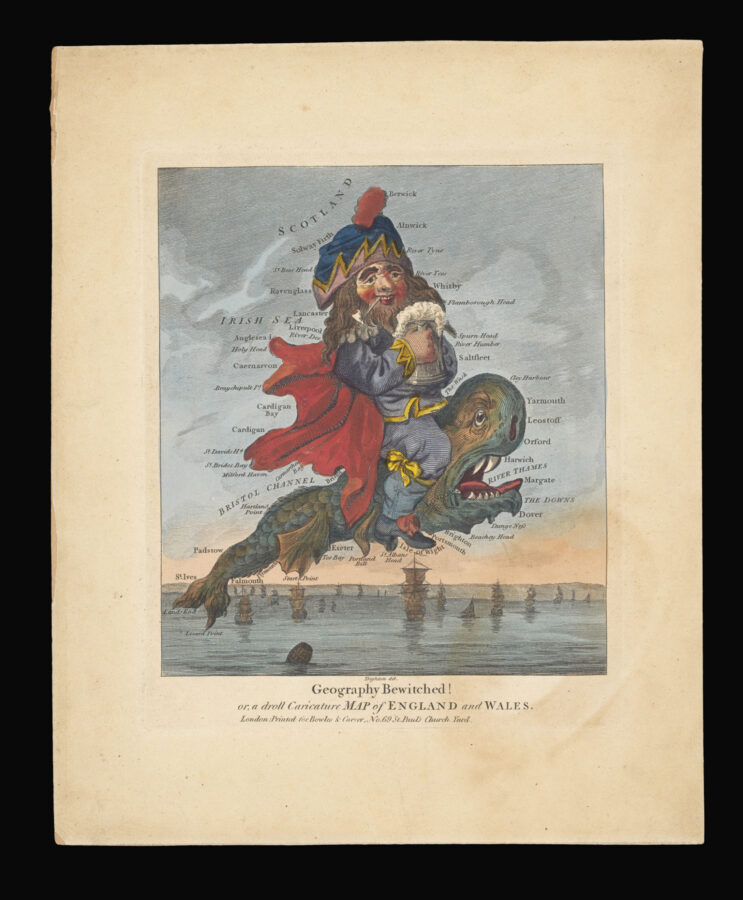 England and Wales are depicted as John Bull with full tankard of beer in hand and riding a monstrous fish; Scotland is a merry gent, who sits on a wool sack and carrying a tartan sack over his shoulder; and Ireland as a merry woman — who is said to the wife of John Bull — in traditional dress playing the harp.

The series was the work of Robert Dighton (c1752-1814) a well-known painter of portraits and caricatures, as well as decorative subjects, who is regarded as one of the most talented social caricaturists of the late eighteenth and early nineteenth centuries.

The series like much of Dighton’s caricatures were published by Carington Bowles (fl.1752–1793). Carington Bowles worked initially with his father, John Bowles, before leaving to take over his uncle Thomas Bowles (II)‘s business, circa 1762. Carington Bowles was one of the most active mapsellers and publishers of his day in London. His business was continued by his some Henry Carington Bowles who, in partnership with Samuel Carver, continued to publish maps and prints well into the nineteenth century. 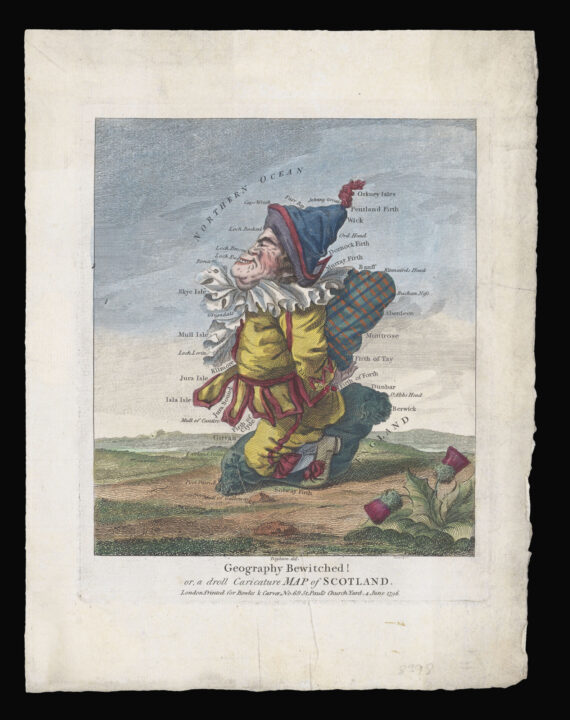 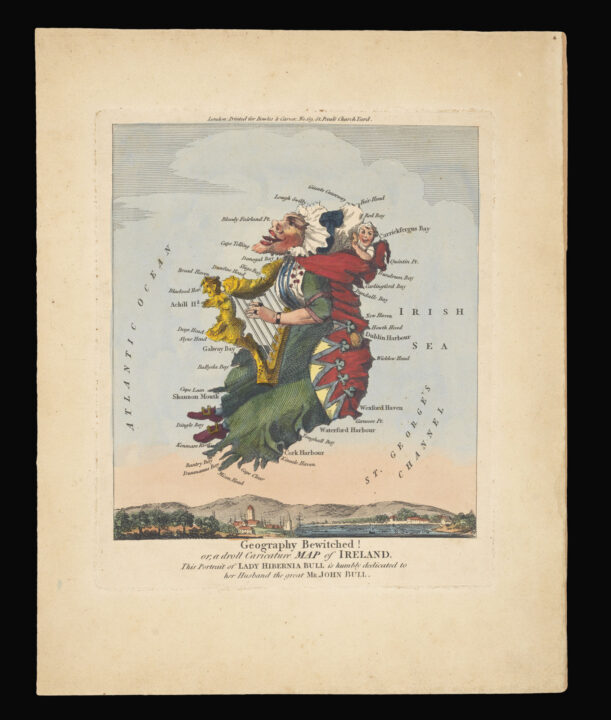