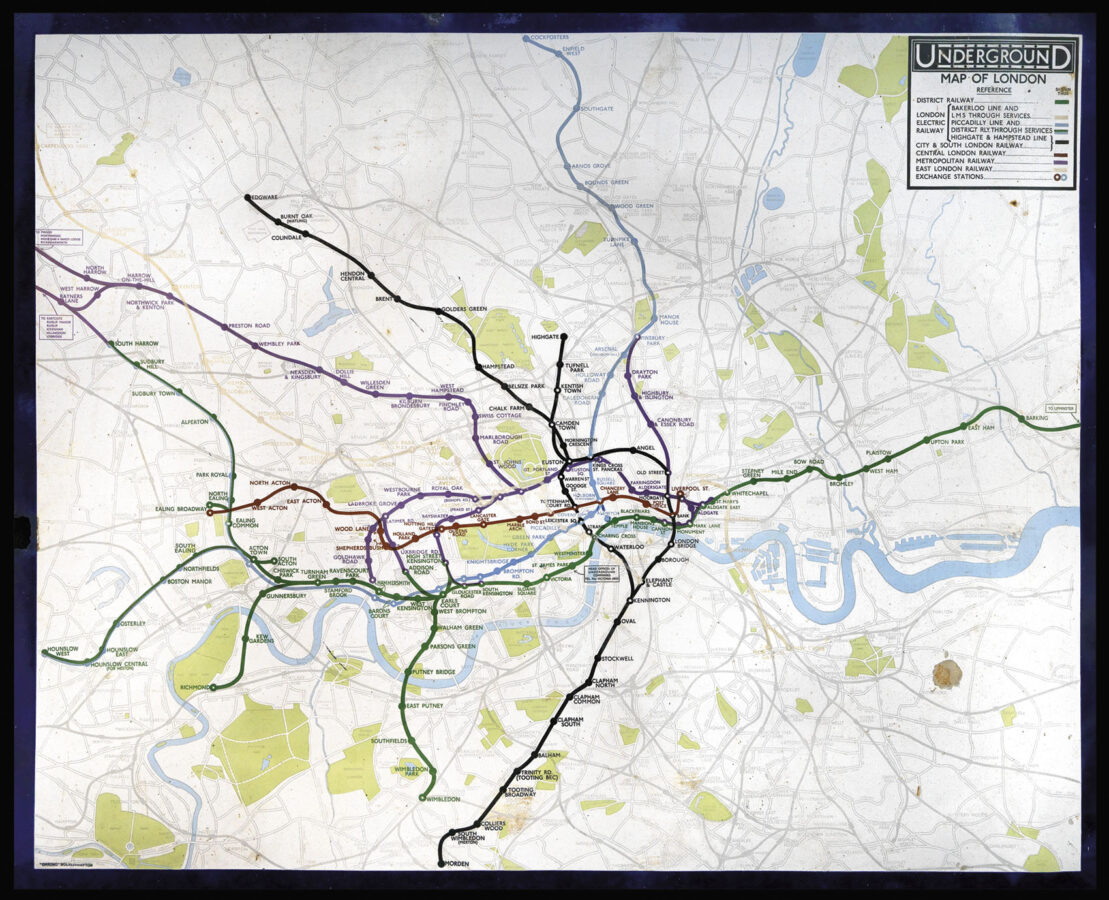 Geographical Map of 1930’s London and her Underground Railway

Large and detailed map of 1930’s London and her Underground Railway printed on metal.

The map superimposes the Underground network on a geographical map of London, and was drawn by Reginald Percy Gossop (1876–1951) who studied at the Hammersmith School of Art and produced maps and posters for the London Underground between 1916 and 1933.

The present map can be dated to around the summer of 1933, as it shows the Piccadilly line extending to Cockfosters, but does not mark Alesbury on the Metropolitan Line.