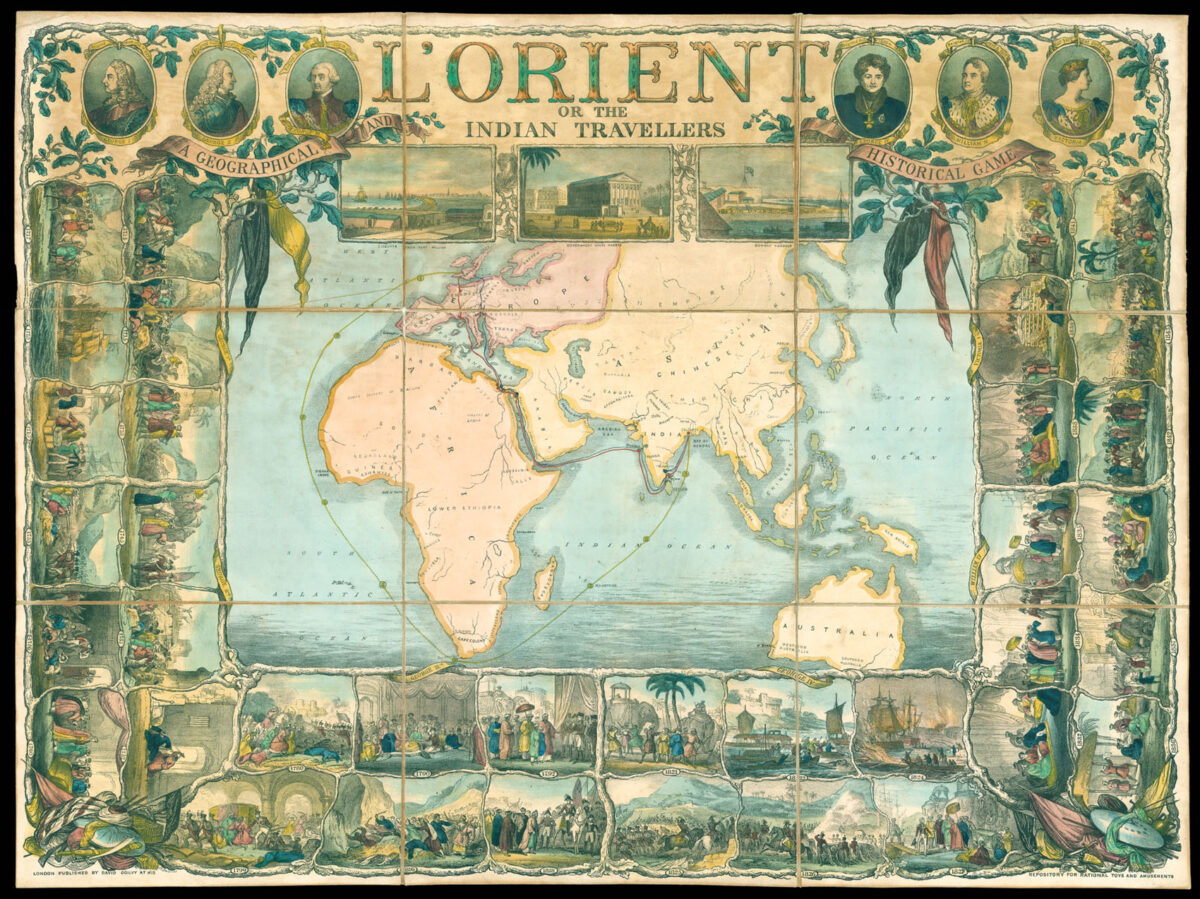 Game of the Oriental Traveller

The central part of the game is a map of Europe, Africa and Asia with three sailing routes from England to India; one route is numbered and major cities are shown. At the top are medallion portraits of British sovereigns from George l to Victoria with the dates of their reigns. Victoria was the first British monarch to be proclaimed Empress of India; her successors retained the imperial title until Elizabeth II took the throne. Thirty-six vignettes of the history of the British in India form a border around game. Events of interest include the Black Hole of Calcutta (1756) at the lower left corner, the burning fleet at the Battle of Yangon in the First Anglo-Burmese War at the lower right, and the eleven wives of the Sikh Emperor Ranjit Singh committing sati on his funeral pyre (1839) at the upper right corner. Each one is dated and illustrated and linked by a tree root design in sets of 3 pairs. There are also three city views of important cities in the Empire: Calcutta, Bombay and Madras.

The game would have been played with a totem and markers, which have been lost. The players would use the totem to determine the number of squares they had to move. When they reached a new square, they had to read out the details of the event in the accompanying booklet, match it to the event illustrated and identify the sovereign then on the throne.

This game was produced at the height of the British Raj, capitalising on public interest in India and perhaps the First Anglo-Sikh War.