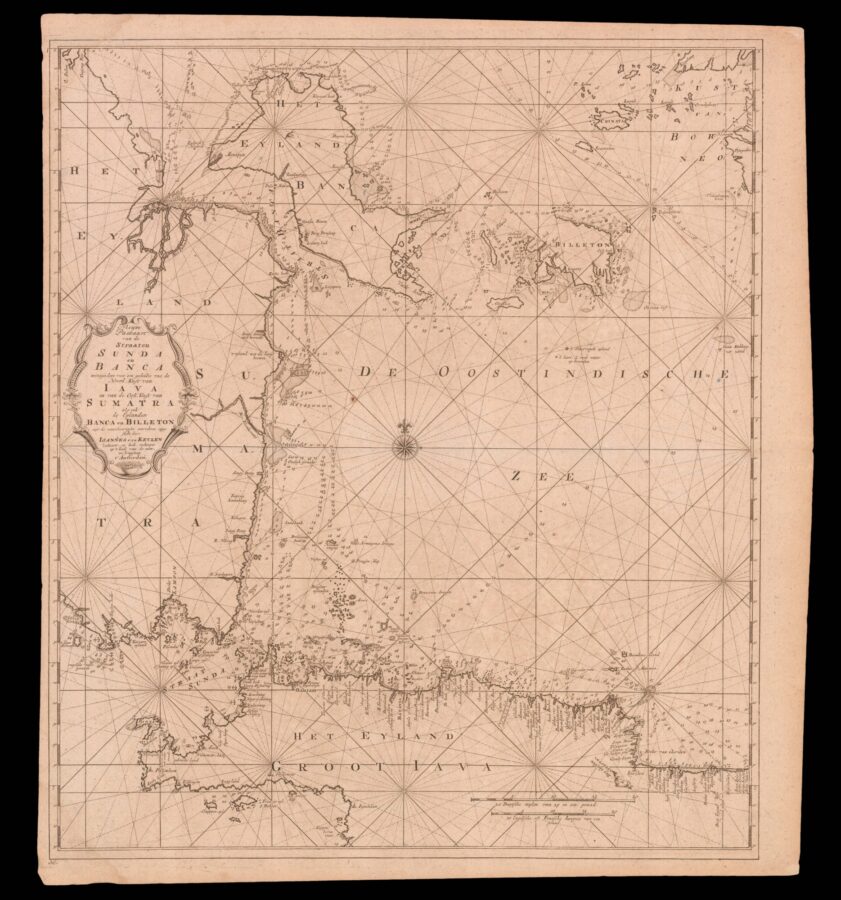 Based on the ​“newest and most accurate findings” (trans.), van Keulen’s chart of the Sunda Strait, Bangka Strait and Java Sea, pays particular attention to numerous and potentially treacherous islands, shoals, and sandbanks that vessels must navigate. Published in van Keulen’s ​‘De Nieuwe Groote Lichtende Zee-Fakkel, het Sesde Deel’ (1753), the first printed Dutch sea atlas related exclusively to navigation east of the Cape of Good Hope. The manuscript prototype for the chart, c1740, is held in the archives of the Maritiem Museum, Rotterdam.

Prior to 1730 the van Keulen family firm had supplied the VOC with some pre-existing printed charts of the route from Texel to the Cape of Good Hope, with their imprint covered by a dedicated over-slip. However, on the 31st of March, 1730, accounts record 63 examples of the second volume of the ​‘Zee-Fakkel’ being distributed amongst the VOC chambers. This marks a significant increase in the VOC’s reliance of the firm’s output. ​“The provision of charts and navigational equipment by the Van Keulen Company became big business after the death of Isaak de Graaf in 1743. The post of mapmaker of the Amsterdam Chamber now fell into the hands of the Van Keulen family,…” (Schilder page 156). Johannes II’s tenure lasted from 1743–55. From 1753, the sixth volume of the ​‘Zee-Fakkel,..’, which included the current chart was included in the official list of charts and navigation equipment. From 1754, each departing VOC ship was carrying the volume on board, with a directive that all ​“that navigate along the coasts, and that the officers of these vessels be charged with taking note of anything they find either erroneous or useful to the Company’s navigation” (Schilder page 167).

Jan II van Keulen (1704–1770), was grandson of Johannes I van Keulen (1654–1715), who had established a bookselling and instrument making business in Amsterdam in 1678. By 1680, he had obtained a privilege from Holland and West Friesland to print pilot guides and sea atlases. His first major production was the atlas​‘Nieuwe Lichtende Zee-Fakkel’, illustrated by Jan Luyken and with maps by Claes Jansz Vooght. Jan II took over the business in 1726, and published a new edition of the Asian volume of the​‘Zee-Atlas’. He was appointed chartmaker to the VOC in 1743, setting an official seal on a well-establised relationship that was to last until the company dissolved in 1799. 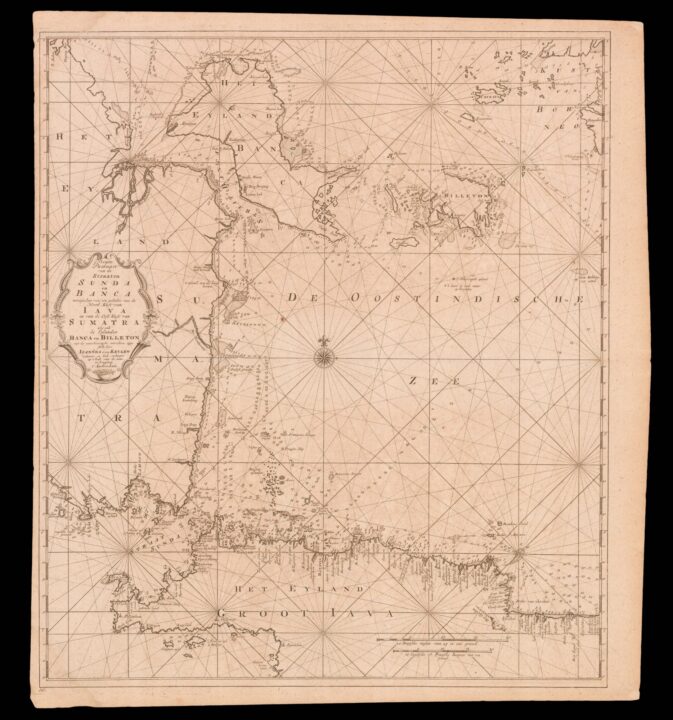