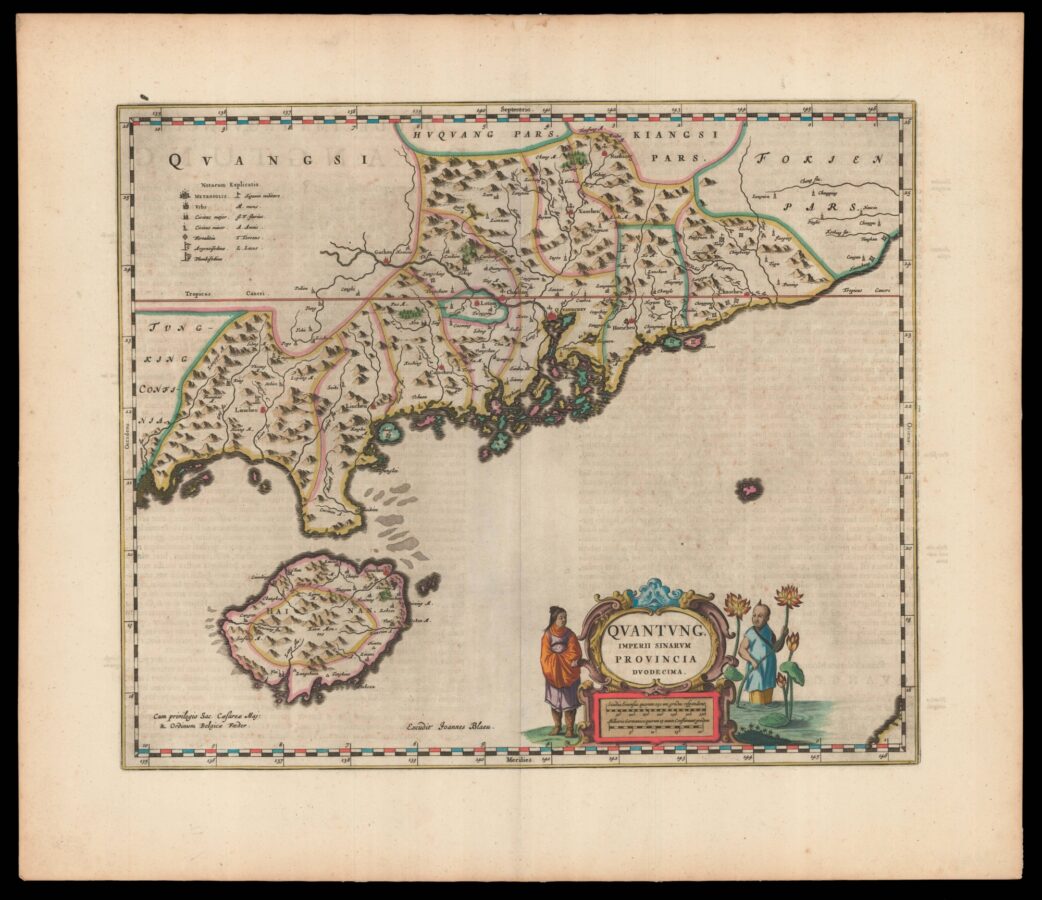 From the first Western atlas of China.

Map of the province of Guangdong (Canton), showing Hong Kong and Macau. From the first atlas of China published in Europe, ​‘Novus Atlas Sinensis’, based on the surveys of Martino Martini.

Martino Martini (1614–1661) was an Italian Jesuit missionary and scholar who travelled widely through China, gathering scientific information on the geography of the empire. In 1651, after nearly a decade in Asia, he was ordered to Rome as the Delegate for the Chinese Mission Superior. He travelled to Europe and took with him over fifty books and maps. Among these were a copy of the manuscript atlas of the Chinese provinces compiled by Zhu Siben (1311–1312), and revisions from the printed atlas of Luo Hongxiang (1555).

The journey to Europe was lengthy, Martini’s ship being captured by the Dutch and sent to Java, before he was eventually sent to Amsterdam aboard a Dutch East India Company ship. During a voyage the lasted nearly four years, Martini used the time to prepare Latin translations of the texts he had brought with him and wrote his own description of China. Once in Amsterdam he persuaded Blaeu to postpone his other projects and to prioritise his atlas of China instead. The resulting atlas consisted of Martini’s first person account of his findings in China and seventeen maps; a general map of China, a map of each of the fifteen provinces, and a map of Japan.

The Blaeu epitomised the ​‘golden age’ of Dutch cartography. Their output of Globes, Sea Charts, Maps and Atlases being not only historically informative, but of such beauty and distinction that they were worthy of presentation to foreign dignitaries as a symbol of the Dutch Empire and the expertise of its craftsmen. The contemporary colouring of Blaeu maps is distinctive in tone and care of application, and is frequently heightened with gold embellishment, especially if required for a special presentation copy.